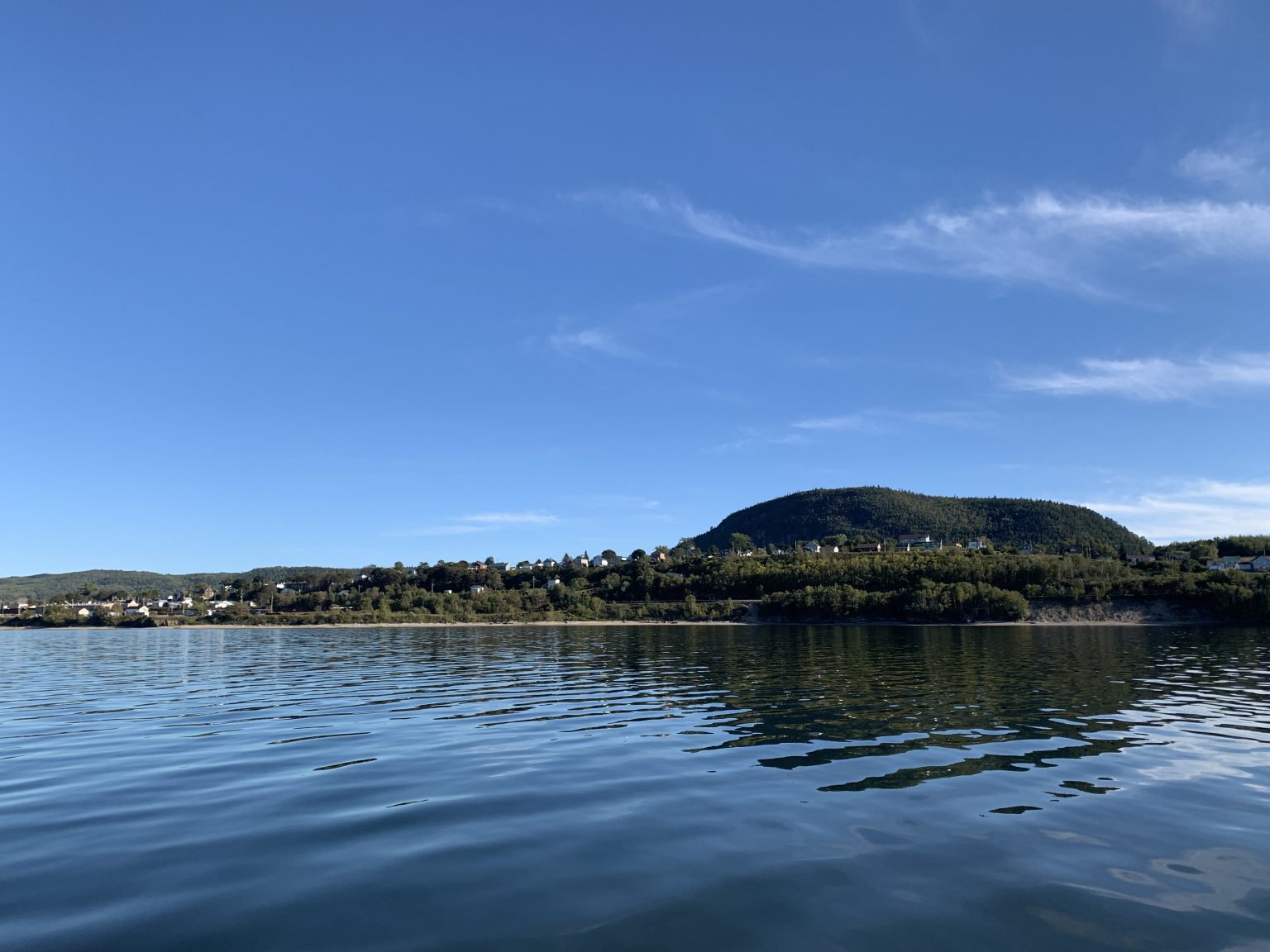 September 19, 2022
Low water put an end to any idea I may have had about clearing the MatapèdIa river system in one day. Lac au Saumon’s marshy, muddy shores meant there would be no camp sites for at least another hour and a half. Realizing I was the proverbial day late and dollar short, I called a halt at the only reasonable camp site for miles, at least as far as downstream is concerned.  An early start and a break from the Matapèdia’s rocky bars,  banks, and swifts would see me in Cambellton.
Lac au Saumon in the rear view mirror and the Matapèdia at last cooperating, the Restigouche River snuck up on me. The meeting of the two rivers didn’t register until I noticed the water was crystal clear. Realizing that I was on the Restigouche River, I stopped paddling and let Kai Nani glide  to a stop.

Gathering myself, I set my sites on the municipal campground in Cambellton. The image above is of that city’s iconic landmark, Sugar Loaf Mountain.

Somewhat less impressive was the municipal campsite. Tenting was not allowed. Period. No exceptions. Casting about for a reason as to why, the staff could only offer up that tent stakes left holes in the ground. I ended up selling the idea that I could pitch my tent after dark in the maintenance yard close aboard an 8 foot high fence. Thus concealed and out of the way, my presence was not nearly so offensive to the other campers and Mother Earth alike.

I passed the night imaging being rousted out of the spot by the local constabulary. First
light found me cold and tired, the patch of ground I was on wind swept and wet with a heavy, soaking dew. I broke camp determined to set a new record for breaking camp. No breakfast, no packed lunch, and not caring, I paddled away, hard and fast, wondering how big the holes were in the ground at the campsite that was rapidly disappearing in my wake. Pausing, I wondered how big the holes were in all the campsites I had ever paddled away from were and if, in fact, that would be my legacy – He left a lot of holes. Holes, in fact, all across Canada. Canada’s Most Prolific hole maker award for 2022 goes to …….. Bert ter Hart!

Sometimes you just gotta roll with the punches.