Abraham Lake made a quick appearance and even quicker disappearance. Absent anywhere  near normal water levels, the shores were simply mud and rock slides waiting to happen.

The tiny dot in the middle of lake is Jan sailing downwind in the beginnings of the afternoon thermals that would eventually  build to whitecaps and whiter knuckles.

With no possible way to get off the lake,
our only option was to get up and over Big Horn Dam that day. An early start helped but the wind helped more. We arrived at 2:30pm to this:

I’m standing in the dam face looking down at Kai Nani. Down doesn’t do it justice. More like precipice or rock face. Maybe a sign stating ‘Mountain Goats Crossing’ or something.

The water was so low, the intake for the water turbines was sucking air and the only way over was straight up.

It took 8 hours and 14 trips up the dam face and back to haul the canoes and gear up the face. Part of that 8 included me portaging both loaded canoes the 3.5 km down another goat track to a campsite in the river below the dam. In case anyone is keeping track, portaging both canoes means 3 trips: down, up, and down again. Thus 10.5 km. Over the steepest, roughest gravelly, rutted, rock strewn road Karta hoped never to see. At the end of it all, Karta came to pieces with two of the four brazed supports failing.

On the bright side, the river although low, was going to be relatively simple passage.  Better still, the Big Horn would be the last of the damn dams for weeks if not more. 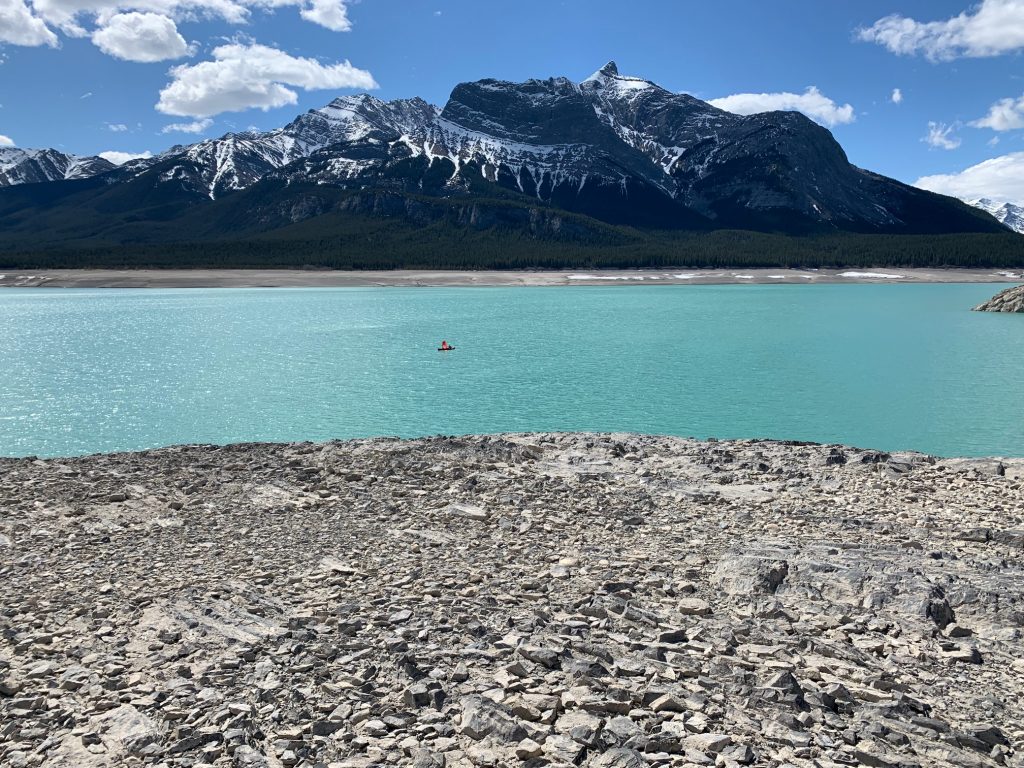