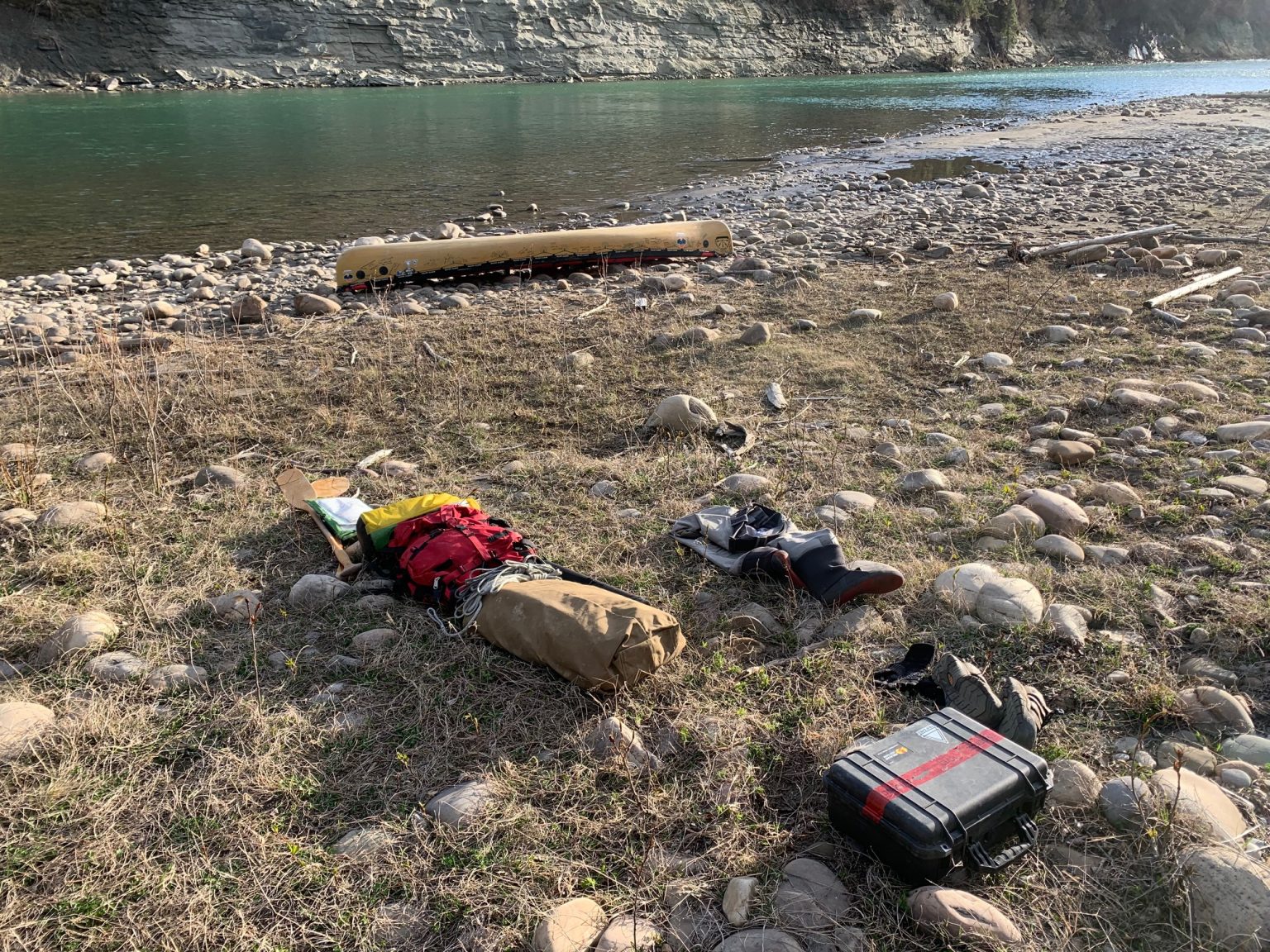 Normally, KaiNani spends the nights with the gear you see in the foreground nestled  beneath her skirts. Well, sprayskirts to be precise.

From left to right we have the collapsible water jug, a dry bag with my hiking boots, a heavy framed canoe pack, Karta, and finally, the sextant box. Scattered behind the gear are my waders and a pack cover. The fact that Kai Nani is some 20 meters distant and no longer tending her flock is not on purpose.

While having dinner, a single 30 second gust of wind picked her up and flung her downwind. I looked up from my pasta to see her tumbling down the bank, bouncing four feet off the rocks only to land on a bigger one.

I had been religious about bringing her up the bank, emptying gear, swabbing the decks, and finally turning her over to keep the rain, dew, and critters out. All for naught apparently.

The end result of her brief career as a kite was sobering. As tough as she is, there were four large gashes in her sides: Two each side, all above the water line.  The hull was fractured,  but not punctured. I patched the places with 10ml polyethylene tape used to face helicopter rotors and promised myself not to look at the cracks again lest I begin to imagine I’m taking in water.

You can be neither too careful  nor too prepared -as the rotor tape attested. Most importantly, however, you can’t be too concerned when things go sideways, or as in this case, airborne. As sure as the sun rises, there is a 30 second gust of wind out there with your name on it.