Begin At The End
3529
post-template,post-template-elementor_header_footer,single,single-post,postid-3529,single-format-standard,bridge-core-3.0.1,qodef-qi--no-touch,qi-addons-for-elementor-1.5.5,qode-page-transition-enabled,ajax_fade,page_not_loaded,,qode_grid_1300,footer_responsive_adv,qode-theme-ver-28.9,qode-theme-bridge,elementor-default,elementor-template-full-width,elementor-kit-15,elementor-page elementor-page-3529 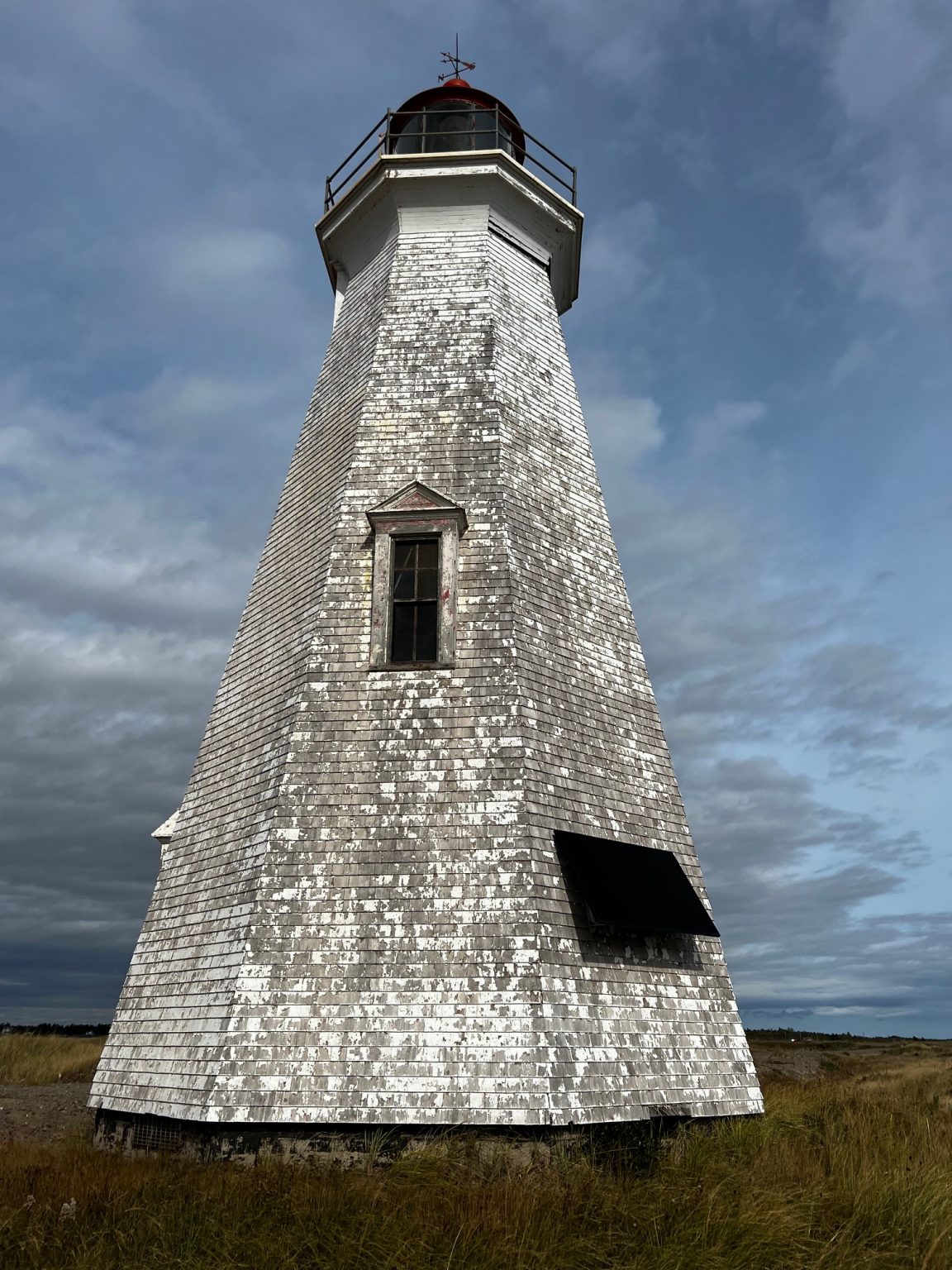 Begin At The End

Begin At The End

October 1, 2022
I like beginning at the end. I like it because it squarely focuses your attention on the end goal, the end result of whatever it is you choose to under take. A part of me, the contrarian non-conformist in me, likes the backwards play on words and the quizzical, raised eyebrows reaction it often elicits.
Today, October 1st, I am not beginning, but ending. It is not the end, simply an ending. Tomorrow, paddling will be ending, searching for campsites will be ending. Kai Nani tugging at the harness while I plod uphill in the snow and sleet will be ending. The trip itself, the One Man One Canoe One Country solo trek across Canada will never truly end.

Perhaps tomorrow, some stranger to me will stumble upon the trip and be inspired. Or motivated. Or uplifted. Maybe  piqued. Is the trip truly at an end if it can still somehow speak to another soul?

My father kept reminding me that the last bit is always the hardest. Paddling yet again against the tide and wind, I couldn’t help but smile thinking of my Dad pouring over the maps he used to trace my route across Canada and how prophetic his admonitions were. The last 7km I figured I could paddle in an hour. Against the tide and wind, all the while fighting the urge to head straight for the light and risk running out of water, took closer to an hour and a half than an hour. By the time I was close enough to clearly make out the rocks that lined the pass that led to the open Atlantic, the tide was running hard enough to stop me in my tracks the moment I stopped paddling. At 100% effort, there was no time for introspection or review.  True to form, the end would have to be earned. The Atlantic Ocean, still and shimmering only yards away, lay obstinately just beyond the breakwater. It would try one last time to make me turn around.

As abruptly as the rocks that formed the end of the breakwater slid beneath the surface, the tide loosened it’s grip on Kai Nani and we slid easily, almost leisurely, into the Atlantic. Looking to the horizon and scanning left and right, the points I had been chasing for the last six months were no more. Open ocean ahead and all of Canada behind, I dared the thought that I had done it.

I had chased this moment from my imagination for months, too afraid that too much lay between that moment and this. It would come, provided I could remain focused on the present. The present now, that which needed to be done now, and not the future nows. Those nows, those that I could not possibly know, would come soon enough and of their own accord.

Kai Nani, still at last and resting quietly on the Atlantic Ocean, seemed suddenly tired. Battle scarred and battered, she breathed in the gentle rise and fall of an almost imperceptible Atlantic swell. Head down with the paddle resting on my lap, I held her sides and whispered a thousand thankyou’s  that only she could hear. Never again would I ask so much of her. Never again would I pit her against a continent. 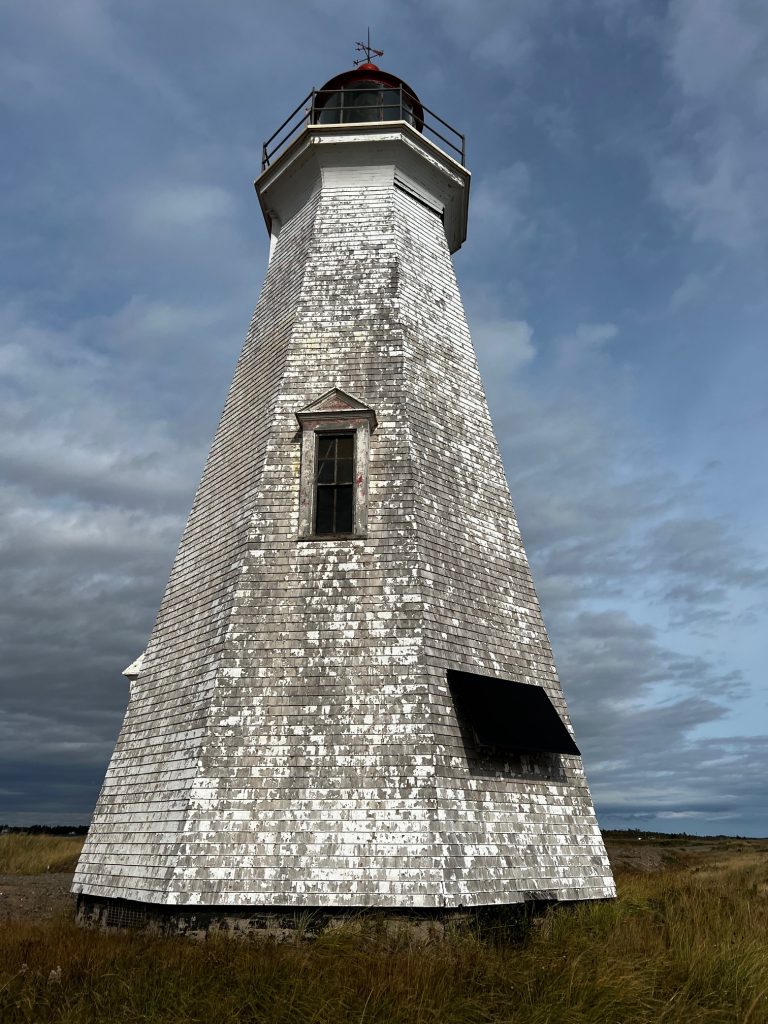 Big Shippagan Light guards a long, sandy infrequently visited stretch of beach. Weather beaten and mostly forgotten, I chose this place to finish almost at random. Providentially, it was a perfect choice. I would finish here much as I had started – Void of fanfare and pretense, family only in attendance.

I knew how I wanted to spend these last few moments of the trip. I wanted time alone to kneel and give thanks. Thanks for deliverance. For the kind-hearted and compassionate strangers who had helped me along the way. For the storms that never broke and for those that did. For the wind that helped push me forward and for those that held me back.

For the prayers, the well-wishes, and the encouragement of a multitude I will never know and cannot possibly thank. For new friends whose lives were now part of my own. For allowing me the exquisite privilege and joy of discovering and re-discovering the majesty and beauty of this country, this magnificent natural jewel of a country set in an unparalleled creation that boggles the mind and feeds your soul. 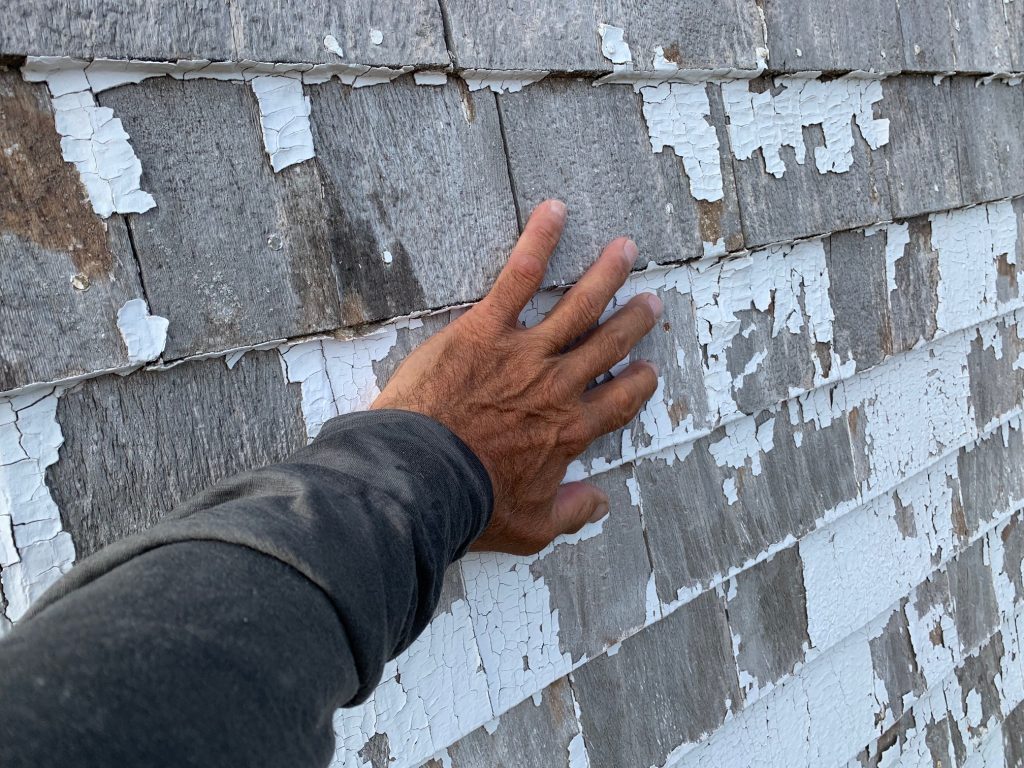 I wanted to make my way to the light itself, by myself. I wanted to actually touch the thing and fulfil the two promises I had made to myself provided I managed the next to impossible.

Bigger and less well-kept than I envisioned, I imagined the countless nights it had stood vigil. The mariners, lost and then suddenly found as it flashed deliverance and sanctuary. I stood by it quietly, listening with all my might for the now silent voices of those who had sought and found this place. I listened more intently still for the lost voices and unanswered prayers of those who had sought and failed.

I had promised myself I would make two calls from Big Shippagan Light. Just two. A lifetime of crossing paths and swords, cross-roads and forks, crossed purposes and promises, boiled down to two. Overcome with emotion, choking back tears and sobbing, I called managing little more than thankyou’s and I can’t believe I did it.

The now silent phone, held loosely and dangling by my side, my friend’s voices still ringing in my ears, meant the trek was actually, really, officially over. Glancing up at the light and beyond the clouds, I pointed one last time at the Heavens and smiled. Done and dusted. Finished. I actually did it.

Spinning on my heels and setting a new course, I turned my back on Big Shippagan Light and walked away. 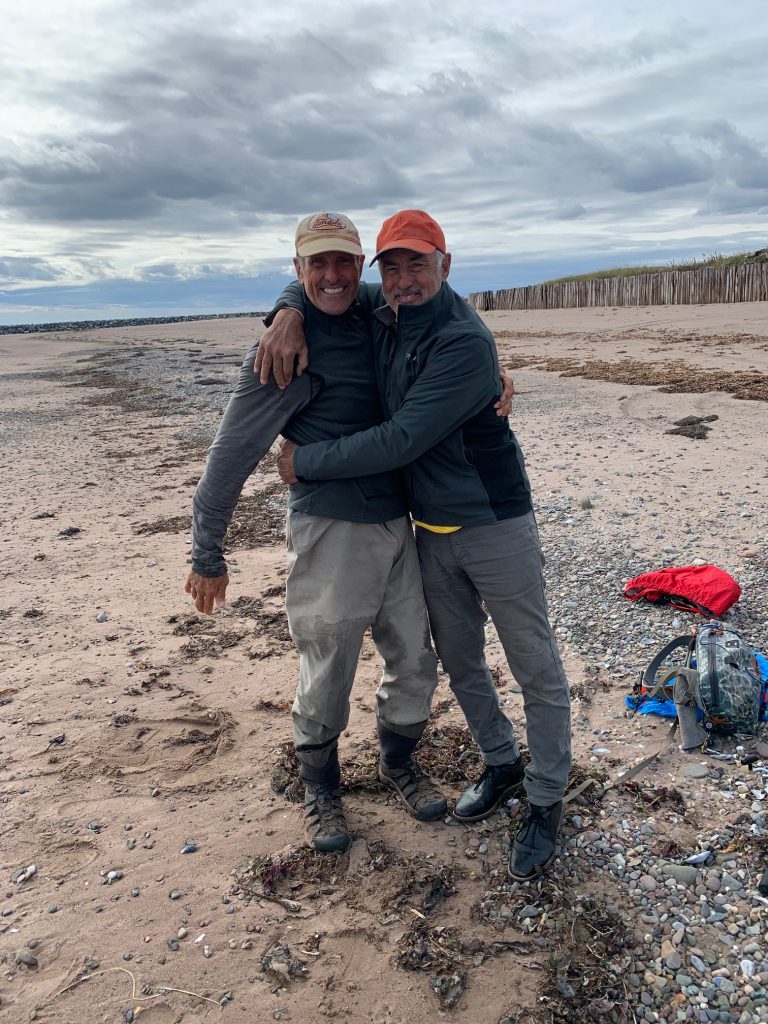 My brother Jan, a kindred spirit, fellow adventurer and explorer, and a true renaissance man if ever there was one, had flown to New Brunswick to help celebrate the end of the expedition. He also caught more fish than me. 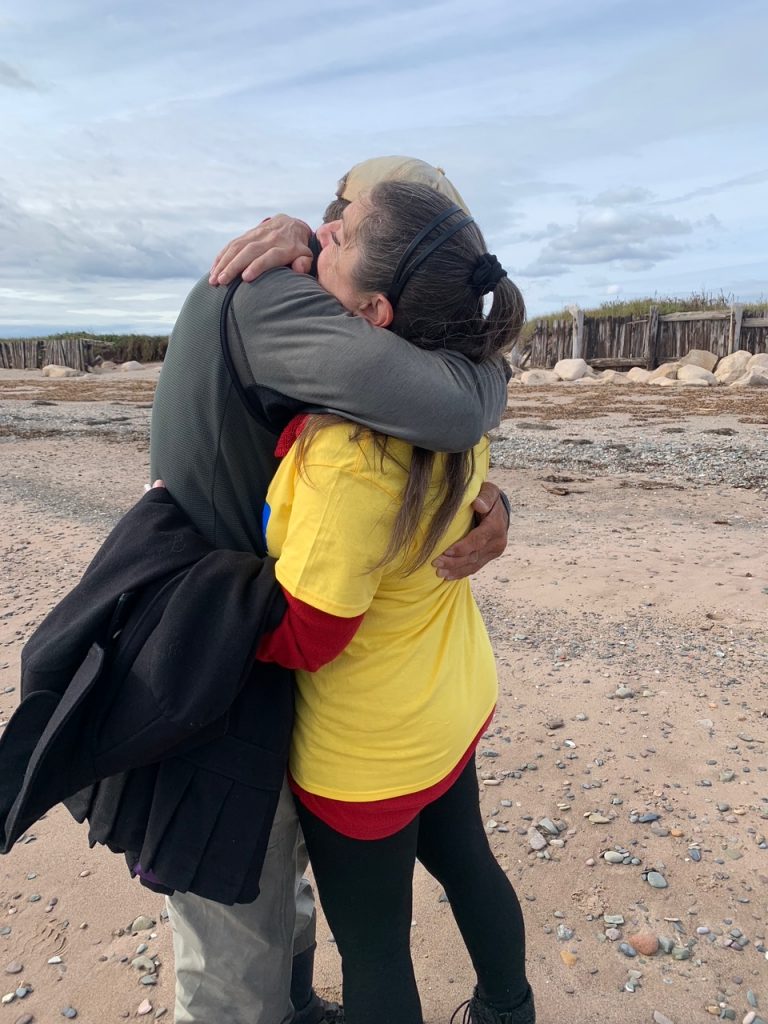 My sister Stella, always at my side, made the the trio to Shippagan just to do this. 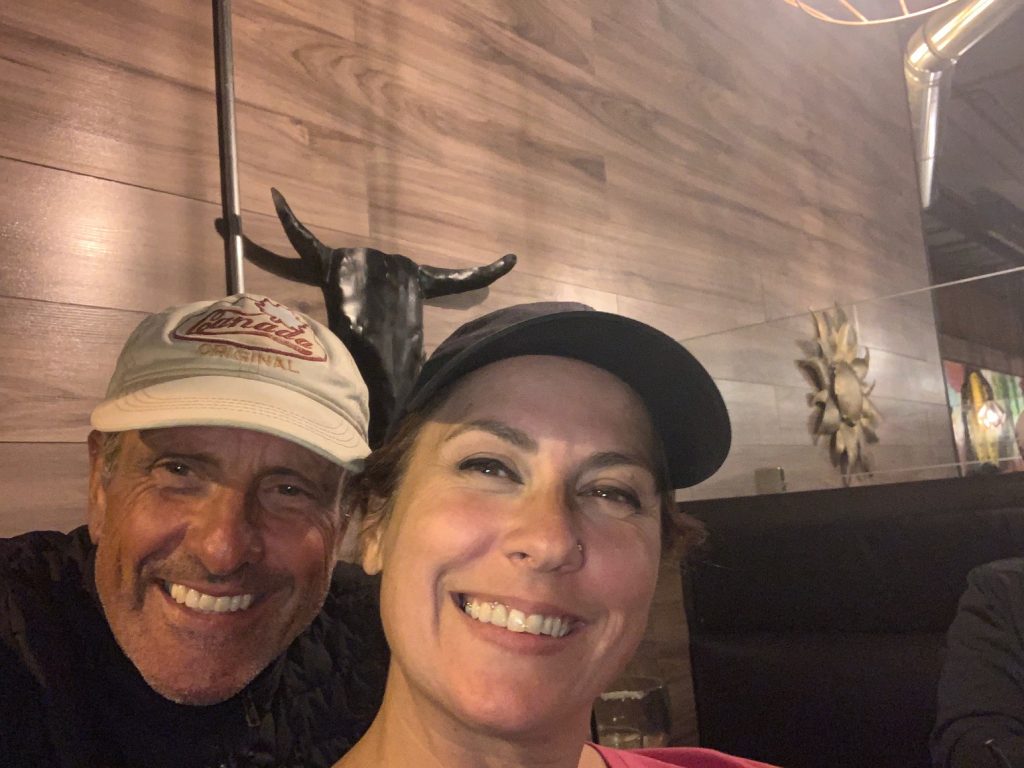 And Leah. My precious little sister, biggest fan and supporter, and both Kai Nani’s and Seaburban’s shore team. She has looked over, listened to, and solved more of my life’s biggest, craziest challenges than I care to admit. Never once has she failed me, no matter how badly I myself was failing. 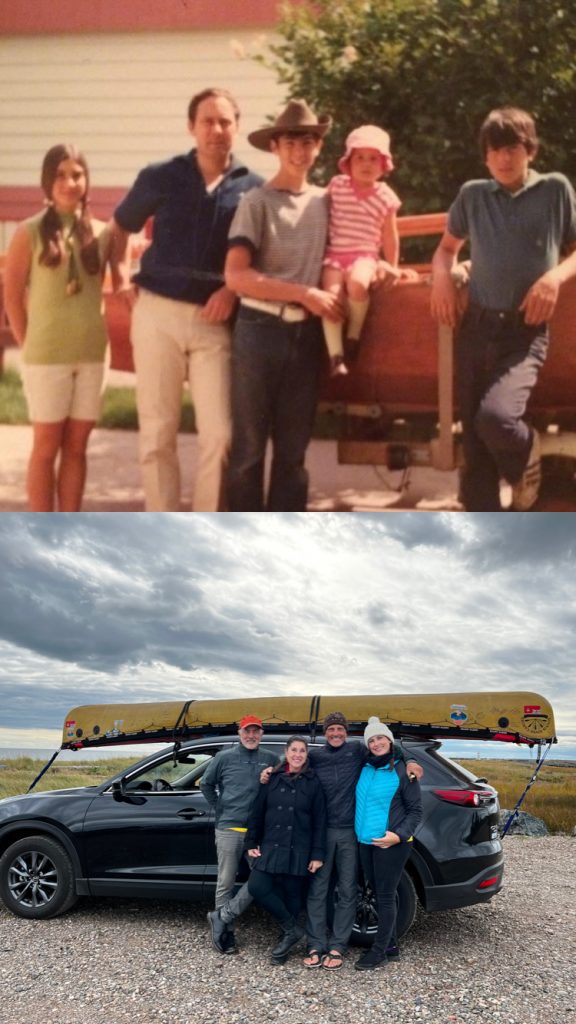 My brother, sisters, and I then and now. In the upper photo, Jan and Leah are wearing hats, Stella is sporting pigtails, and for all appearances, it looks as if I’m too cool for either. This photo was very thoughtfully composed by Sarzana, a follower and true friend. 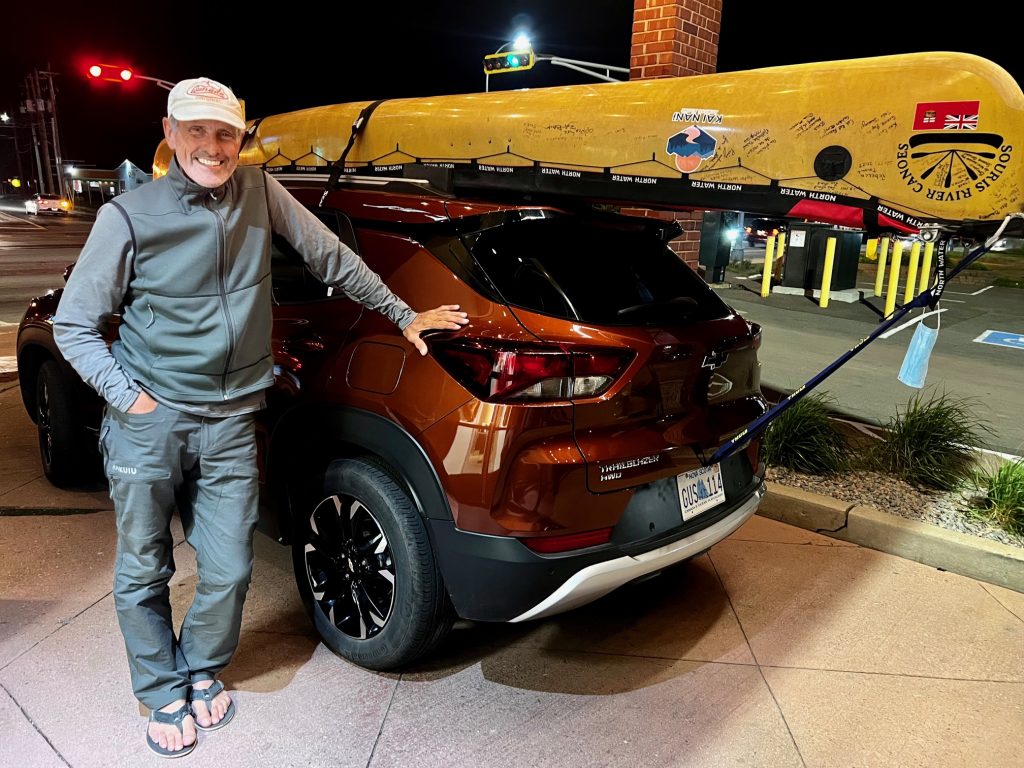 Me, Kai Nani, and Karta v2.0 bound westward for British Columbia and home. 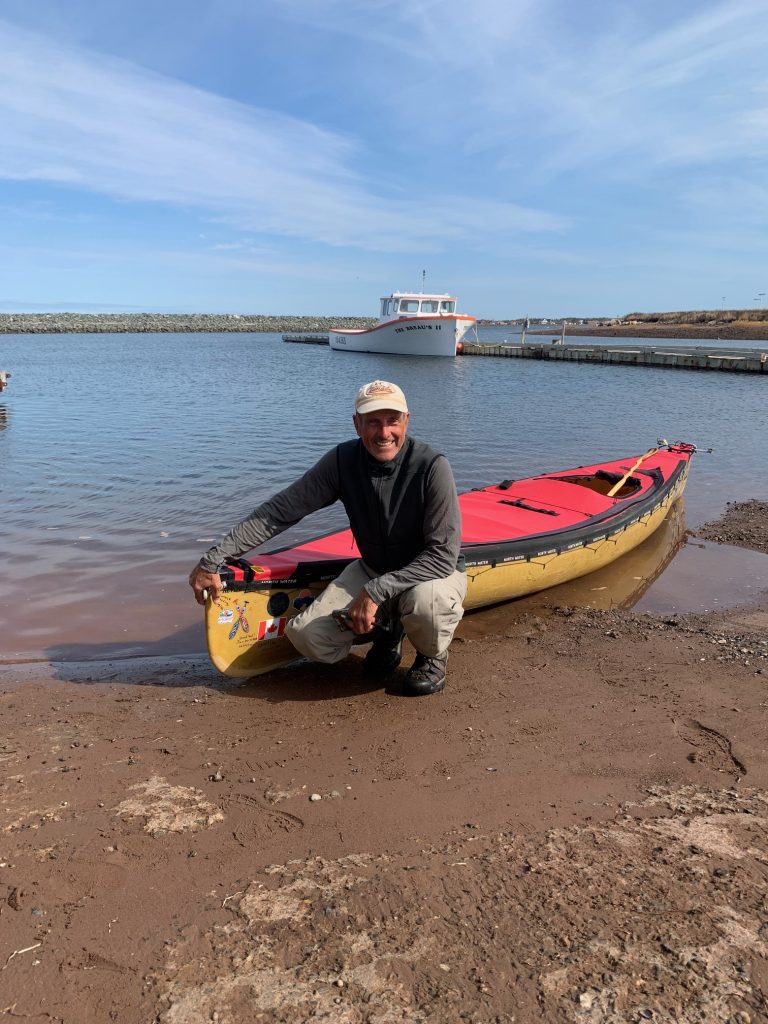 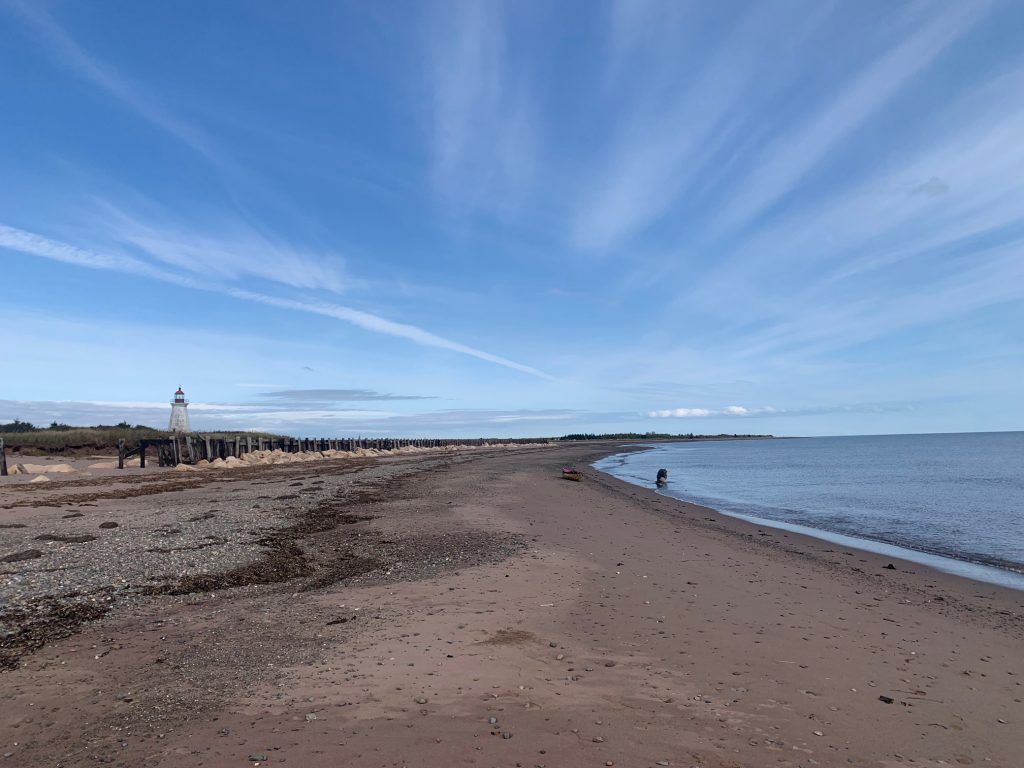 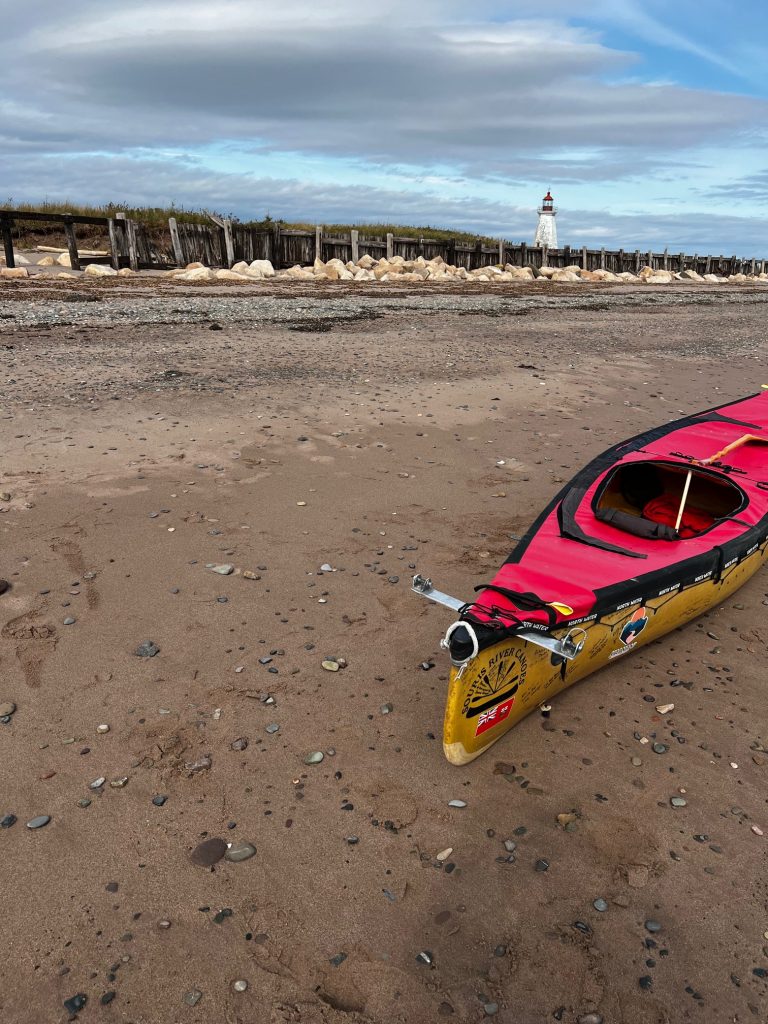 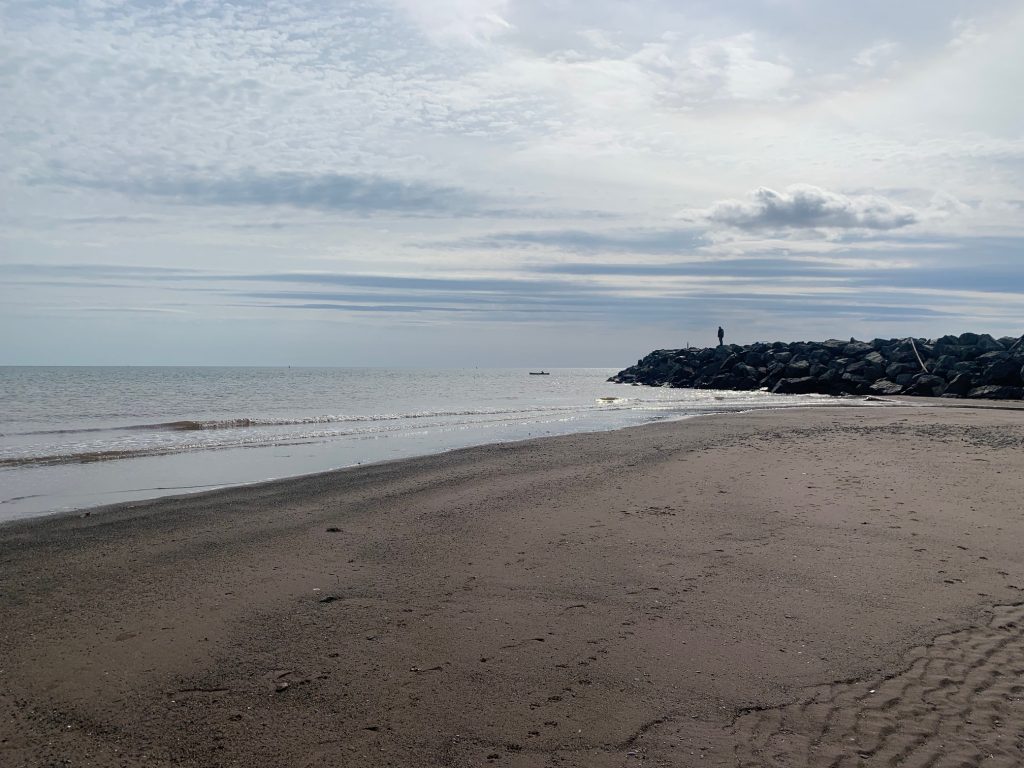