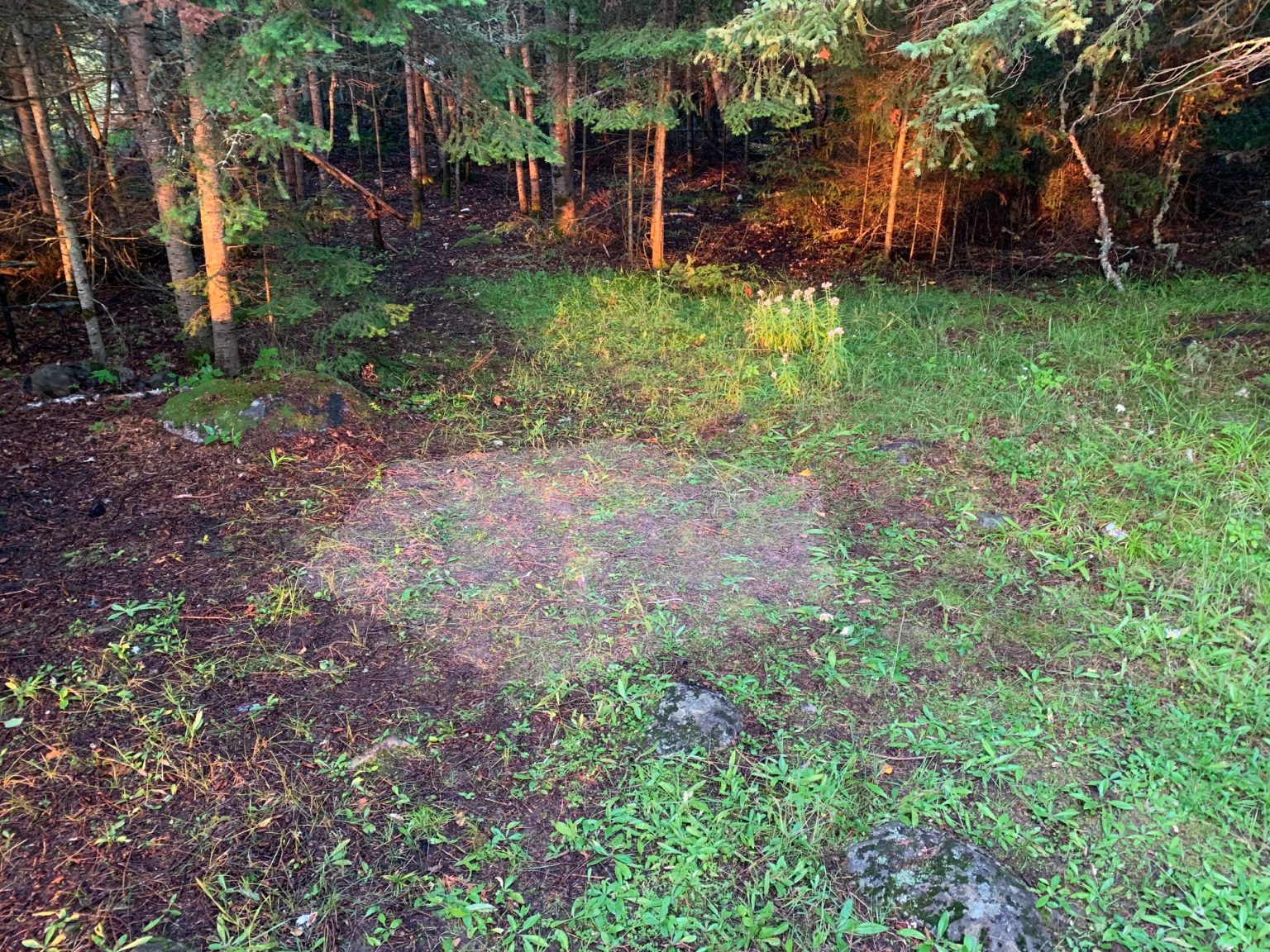 August 6, 2022
The portage from Baril Lake to Lac des Milles Lacs was not only easy to find, it was well maintained. Not by or for canoeists mind you, but by Jim Pascoe for his clients and guests. Jim is the second generation owner and operator of Pascoe’s at Baril Bay, a fishing resort and lodge.

Knowing all too well the work that goes into clearing bushy portages, I stopped at the resort to thank whoever  was responsible for making my carry a relative breeze. Hello-ing raised no one. A shrill whistle brought Jim running thinking a guide or client needed attention. We talked in the late  morning and thinking  the weather might turn in the late afternoon, I asked about campsites. Jim pointed out the only two he knew in the direction I was headed.

This picture was taken the morning after our conversation. The first was only an hour or so paddle. I arrived at the second  at three.

Now tables are a run of the mill thing, but 4 months in the bush will have you preaching the virtues of tables every time you sit down at one. Provided, of course, you’re not preaching about chairs. Or running water. There was no way I was going to pass up an opportunity to sit at a table.

Three in the afternoon is too early to stop so I grabbed my lunch kit and water bottle, left Kai Nani half in and half out of the water, and made for the table.

As soon as I sat down, literally as soon as both cheeks landed, the thunder started. A glance through the trees to the north and I was up and running.

It stormed continuously from just after 3pm to 3am. Buried in the bush, the wind could only rage at the tree tops. The rain, however, drenched everything for what must have miles.

In the morning, the only dry spot as far as the eye could see was the tent footprint, testament to my good fortune and presence. Proof positive, however fleeting, that Bert was here.