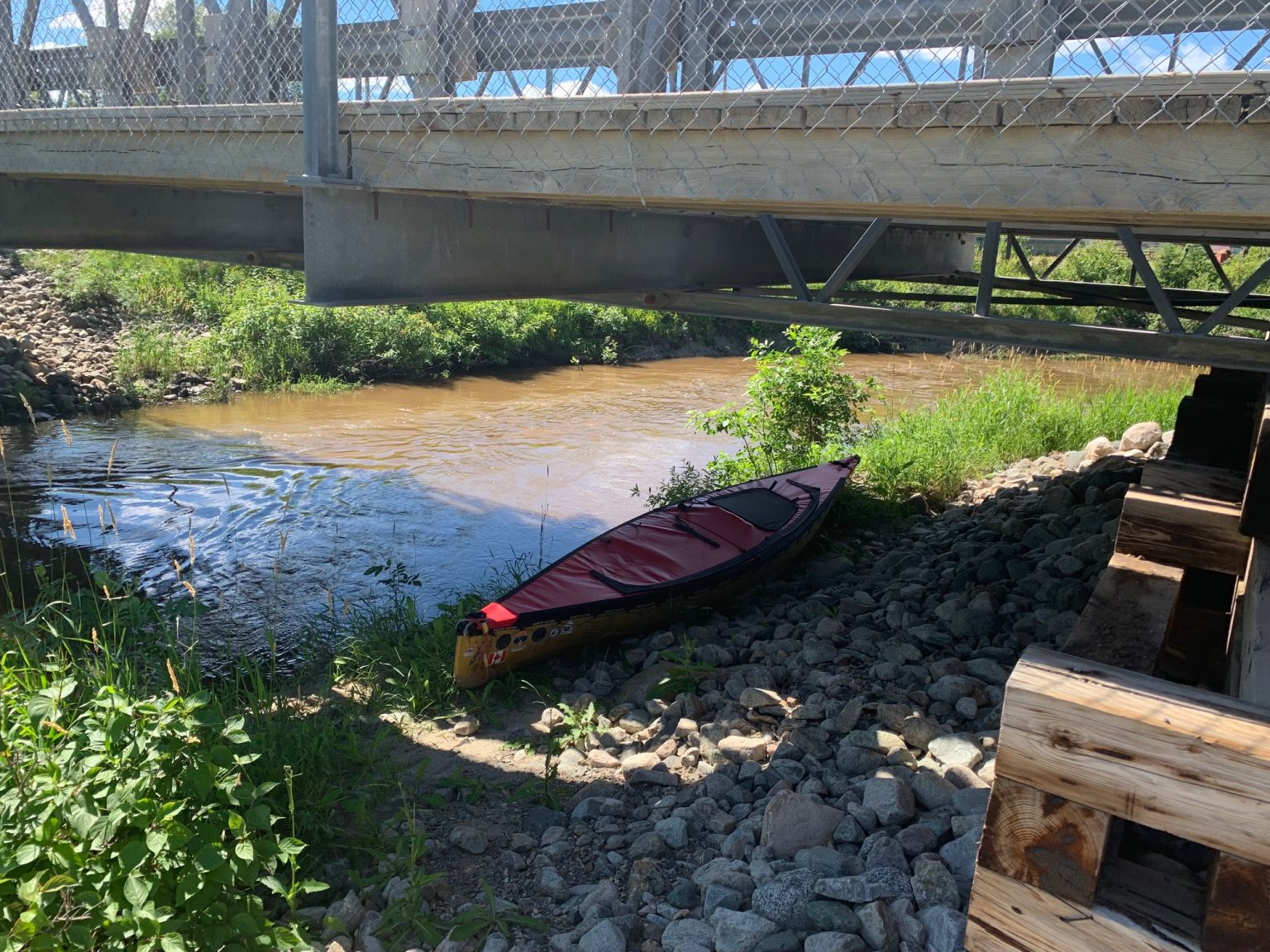 July 31, 2022
Stashed under a bridge, Kai Nani has rather ignomiously landed at her home town. Flowing past is the Atikokan River and the bridge is ine of many that lead into, around, and out of the town of Atikokan itself, the self-proclaimed canoeing capital of Canada.
Atitkokan is on the Path of the Paddle and has a rich canoeing history. Not only are Souris River Canoes manufactured here, it is also the home of XY Paddles. The Meany’s have been hand-crafting paddles for two generations and it shows. I don’t know a thing about paddles but I do know I can paddle one of their bent-shaft designs for 10 or 11 hours a day, day after day.

I couldn’t wait to be here. I wanted to meet Keith and Arlene Robinson, the owners of Souris River Canoes, and Spencer Meany, son of paddling legend Don Meany, who runs XY Paddles. I wanted to thank them for helping inspire this trip, and more importantly, for making products that make it possible. Stop and think for a moment the world of hurt you would be in if the canoe had a catastrophic failure in the middle if nowhere. Or how much care must go into the finer points of a paddle shaft that you are going to clasp and unclasp 30,000 times a day?

Moreover, Atikokan is the home of Mike Ranta.  Guiness World Record holder and probably the only guy in the world who can paddle a canoe up an asphalt driveway, Mike Ranta has paddles from Pacific to Atlantic not once,  but twice.
Mike’s book about his world record setting paddle across Canada made
me think I could manage a  cross-continent paddle.  Basically, I blame Ranta. He made it look easy.

I pushed hard to get here. Upstream on the Seine River once off Rainy Lake and finally upstream on the quick, narrow, mosquito infected Atikokan. Having long ago lost track of days, I got here Sunday afternoon of the August long-weekend. The town was virtually shuttered till Tuesday.

I set up camp near the bridge where I had parked the boat and spent the rest of Sunday convenience store shopping and wandering aimlessly along deserted streets and sideroads.

It seemed I had the town to myself. I stopped and stared at the half-dozen or so murals painted by students on buildings, read with amazement how Atikokan became an iron-ore producer, and found the Centennial Museum and Park. All the while drinking ice-cold Coke although I did lower my standards just once and guzzle a 7-Up when I thought no one was looking. Tired of playing tourist, I walked 3km to and from to get an ice-cream.

The threat of thunder showers and rain sent me scurrying back to the bridge. My visits to Souris and XY would have to wait  until after the long weekend. Monday was now officially a rest day. Meandering only. Other than picking up a few supplies from Bargain Hunters, no other trip associated duties allowed. Admittedly, a much-needed and welcome rest. 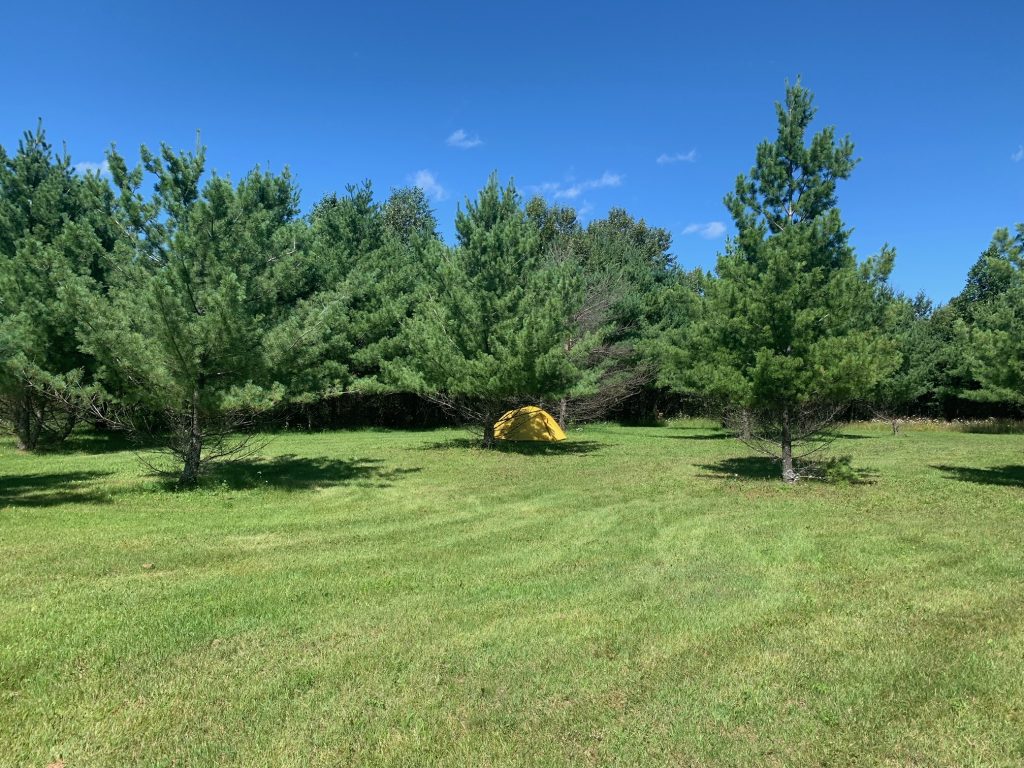