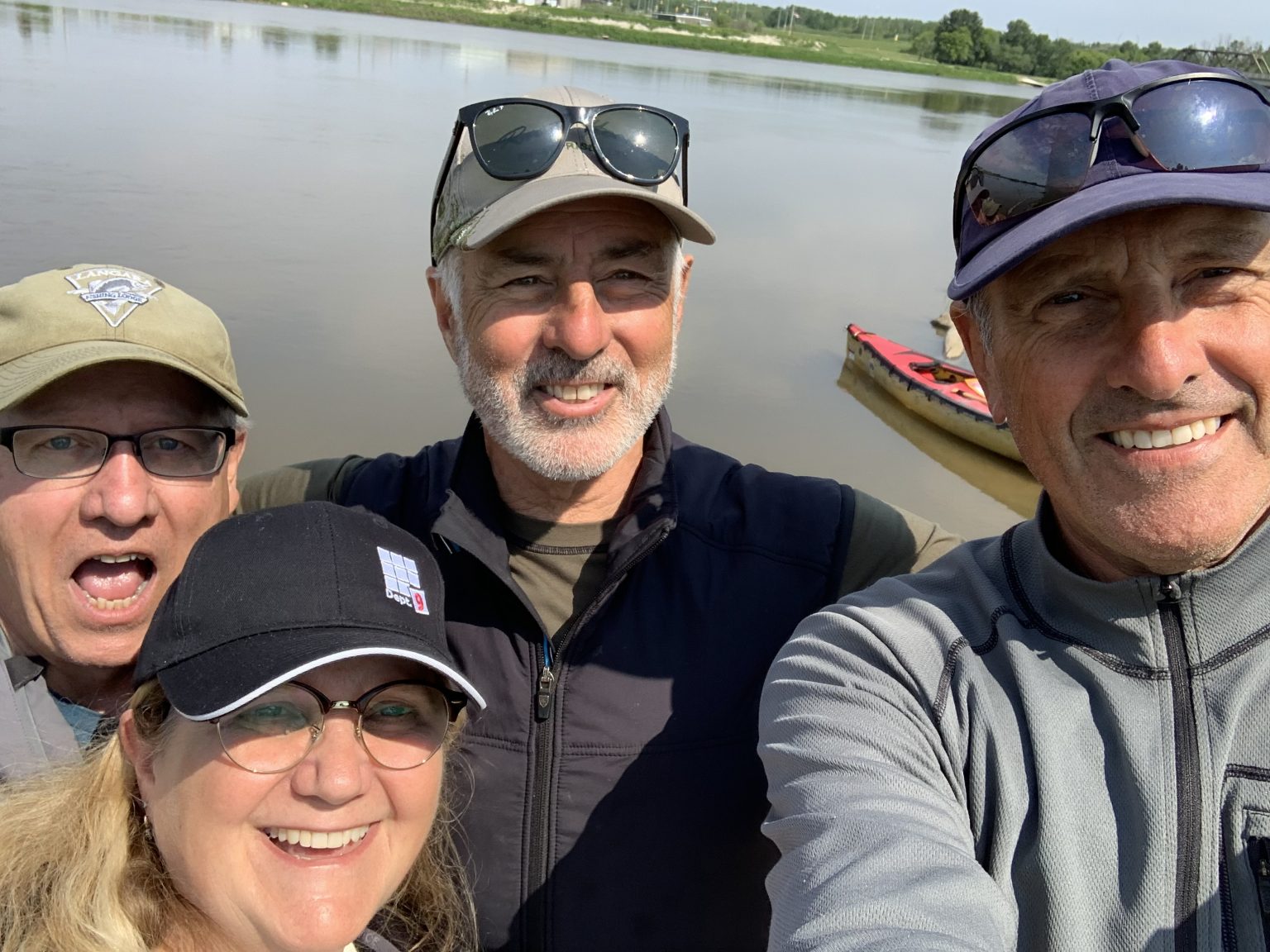 The good looking one in the picture is Janet Collins. She has the patience of a saint as she endured a day and a half of me fretting about the weather, packing and unpacking the canoe and finally watching the three boys load Jan’s canoe on the truck for the ride home to Edmonton.

Gord Collins is an absolute price of a human being. One of Jan’s colleagues, he drove from Edmonton to The Pas to pick up Jan and ferry him plus a mountain of gear back to Edmonton. All at the drop of a hat I might add.

Jan needed to be home by the end of June and the only place that made any logistical sense was The Pas.

We arrived there June 24th, soaked to the bone after being caught out in a massive thunderstorm. Paddling for all we were worth against a nasty headwind, we eventually made the public docks and waited out the worst of the rain in, you guessed it, a fish cleaning station.

Wind and rain pinned us in The Pas on the 25rh. Unable to repack, transfer some gear, and get Jan’s stuff squared away and loaded in the truck, we waited for better weather on the 26th.

I paddled away from the dock sometime just before 1pm on the 26th. Hardly able to look back, I waved my paddle one last time, put my head down, and silently wept at the thought of being alone once again.

What can you say about someone who’s first day in the canoe was a torturous 10 hour grunt upwind? Who’s only complaint ever was why isn’t the fishing better? Who was at his best when when either condition or I were not?

One of only a very small number of people to solo the Saskatchewan almost its entire length, he managed it with near zero preparation time in his boat. The canoe arrived two weeks before we met up at Saskatchewan River Crossing and the last time he was in a canoe before that was almost 40 years ago.

My older brother has been a source of inspiration and wonder for as long as I can remember. These last few weeks have shown me why that has been the case all these years.

I miss him terribly. And Jan, just in case your wondering, the fishing has definitely not improved.