Double for Nothing
2303
post-template,post-template-elementor_header_footer,single,single-post,postid-2303,single-format-standard,bridge-core-3.0.1,qodef-qi--no-touch,qi-addons-for-elementor-1.5.5,qode-page-transition-enabled,ajax_fade,page_not_loaded,,qode_grid_1300,footer_responsive_adv,qode-theme-ver-28.9,qode-theme-bridge,elementor-default,elementor-template-full-width,elementor-kit-15,elementor-page elementor-page-2303 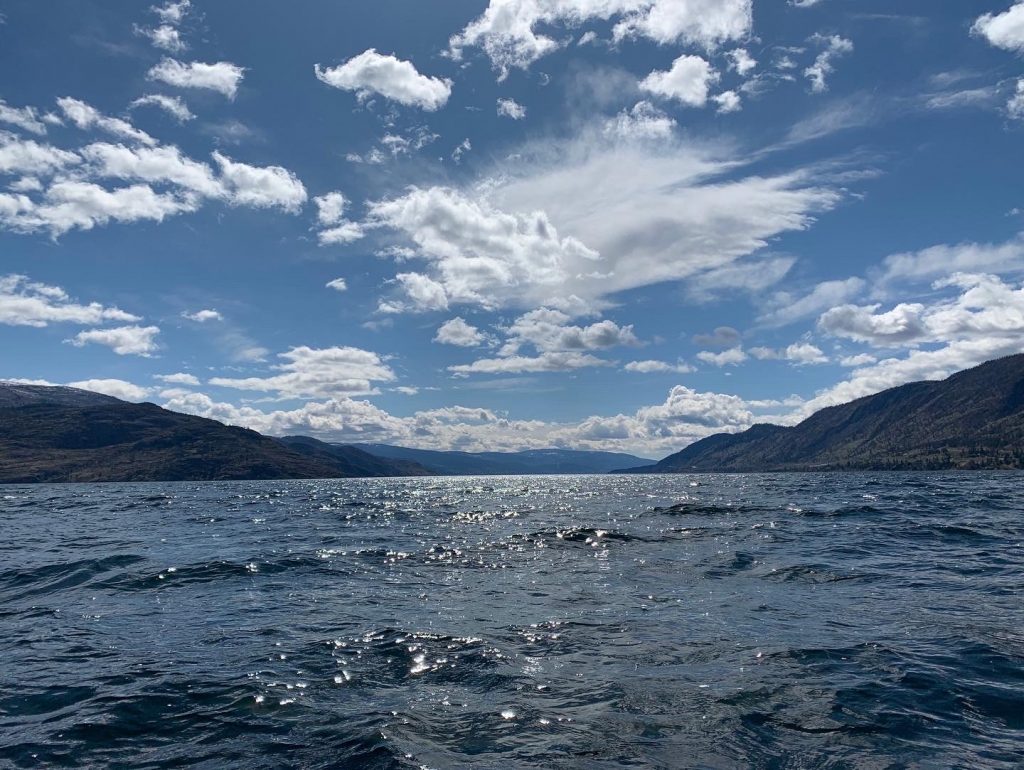 Not exactly sure what the wind was going to do, I paddled dead downwind for the first hour covering about 6km. Sailing, I managed over 40km in under 4. The easiest 40km by a country mile so far. Kai Nani’s handy sail plan effectively doubles my paddling speed for the princely sum of naught.

I had planned on making Kelowna in one day, but when I realized I needed to cover 53km, I figured I wouldn’t make it. With the sail up, the miles just evaporated and when the bridge to Kelowna hauled into view, I had enough in the tank to paddle another 8km to Bear Creek Provincial Park.

There was a very particular method to today’s madness in that Ken Symonds, my Royal Roads roommate for the better part of two years, and his brother Bruce live in Kelowna. Thoughts of catching up with Ken and his brother powered the whole day.

Ken, among many other things, is a musical genius. You know, one of those guys who can play just about any instrument, hears a song once and can play it, and has the voice of a rock star. He and his brother are sailors to boot. All good in my books.

But more than that, Ken is one of the strongest persons I have ever known. And I don’t mean the trivial stuff like picking up bricks or paddling across lakes. I mean the really hard mental stuff that crushes your spirit and leaves you on your knees, head bowed down, eyes watering. Somehow, through it all, Ken can keep standing, smiling, and playing. While at Roads, I marvelled  at his resilience and wondered if had in me what he seemed to have in spades.

Today was one of those days. Easy miles to begin with, friends of 45 years to finish. That and clean clothes. It was allI could have asked for and more.