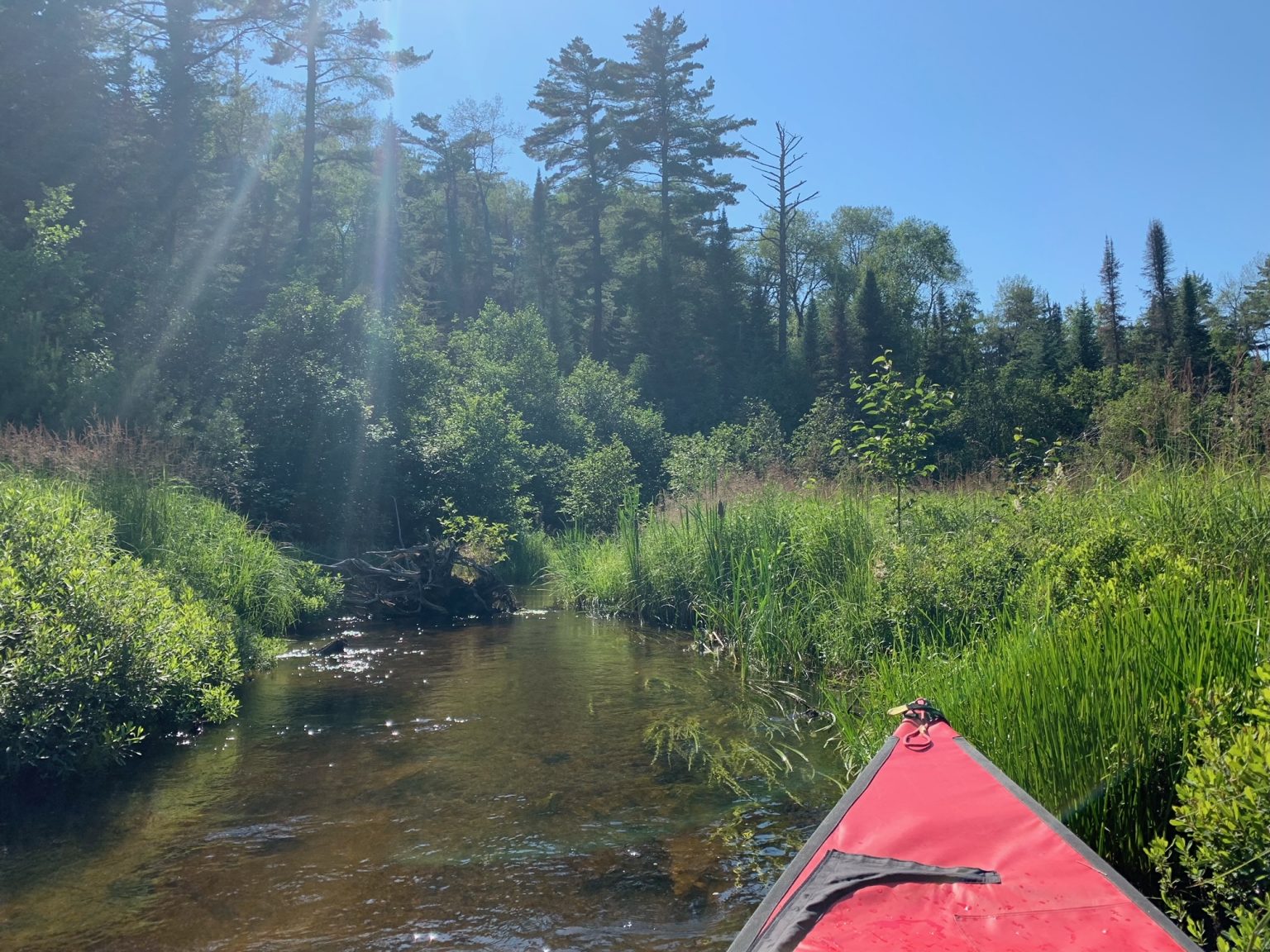 Aug 5, 2022
It took three passes on the Brule Lake side of large marsh to find and then settle on this trickle as the start of the route/portage between Brule and Baril Lakes.
Ever since leaving Rainy Lake, my maps had depicted the creeks and small rivers linking lakes the same way: Thin blue lines snaking their way between, through, or around marsh. I was expecting no more or less.

The tiny creek I was paddling upwas barely wide enough for Kai Nani and worrisome. Any narrower and I’ld be stranded. Any shallower and I’ld be tracking. Anything else and I wondered if I’ld be turning around.

Within two hundred meters the marsh turned to brush that overhung the banks forcing me to duck under the tangle of branches that reached down and force my through those that reached in.

Within the next one hundred meters, the entire creek disappeared underneath a heap of deadfall and debris that obliterated the way forward. The only hint that the creek itself still existed beyond the wall was the faint, tell-tale rumble of whitewater.

It took an hour to go 10 meters and 4 to go the next 50. The wall turned into a barricade and finally a fortress of uprooted trees, deadfall, debris, and  bank brush that was so thick that I had to hack a hole in the stuff that lined the banks before tossing the sawn, chopped, torn, and cut bits of branches and trunk in lest they bounce back out again.

The last few meters saw the banks steepen and turn to rock. Mercifully, the brush and deadfall also lessened even if it was reveal a small rapid.

Tracking up the rapids 20 meters brought me to a small ledge that I liftet
over. That ledge gave way to a larger one that I managed but barely. Leaving Kai Nani wedged between rocks, I waded upstream to see if the worst was behind.

There is wrong and then there is dead wrong. The kind of wrong that leaves you a blueish grey heap on a forest floor somewhere where no one will ever think to look let alone find you.

Ahead, the ledges gave way to falls as far as I could see. The banks had imperceptibly turned to rock faces and the way back was all but barred. With the satellite tracker silent now for weeks, I was very much on the dead side of wrong. And the only way out was up.

I went straight up the brush and rock  bank scrambling on all fours with lightened packs. I hauled the canoe straight up using a make-shift block and tackle rigged using the sailing sheets and the lining ropes. Somehow, someway, I got stopped directly below a small clearing consisting of an abandoned, dilapidated cabin equaled only by a nearby Ford F-150 filled to overflowing with trash. There was also a trail.

Trails are good. They have purpose. They start and end, usually at places that people need to get to or away from. I figured this trail was there for a purpose.

Leaving everything stacked, I started down the trail. Headed north, the trail gave way to a narrow, rutted gravel road. That road turned sharply west and crossed the creek. Here’s the view from the makeshift timber bridge looking both upstream and down: 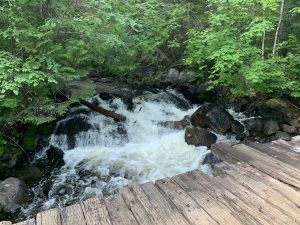 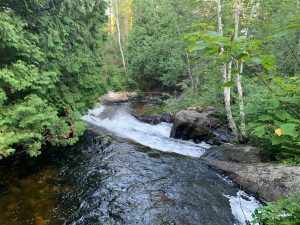 The falls that stopped me had become more violent and from this vantage point, it was obvious they continued for at least a couple of hundred meters in both directions. At least I was out of danger but certainly up the proverbial creek minus a paddle.

I was turned around a few meters passed the bridge by a locked gate and a ‘no trespassing’ sign. Perhaps a right turn where the trail met the road….

I looked at my watch, figured I had 90 minutes before it got dark, and turned around.

Over the bridge and rushing down the road, I noticed a quad track heading northwest and uphill. I figured both good and with little to lose, started up the track. Five minutes later, I was staring at Baril Lake.

Quickly back to my stacked gear, I rushed everything down the trail, onto the road and over the track.

How I found the trail, road, track, and finally Baril Lake, I cannot say. What silent voice informed this decision or that I know not. Whose footsteps my own feet fell I will never know. Asking the question itself seems pointless as one question simply begets another.

I can, however, tell you this: The questions are unimportant for you already know the answers. They lay at your feet like diamonds. They’ve been there, waiting, for all the ages. 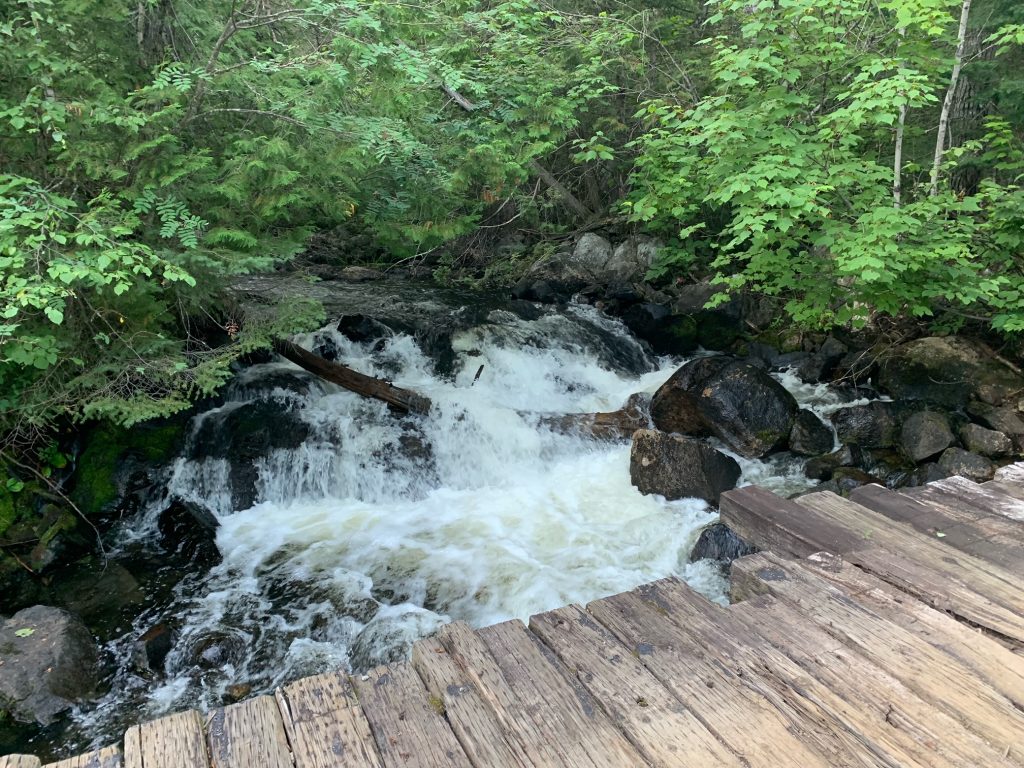 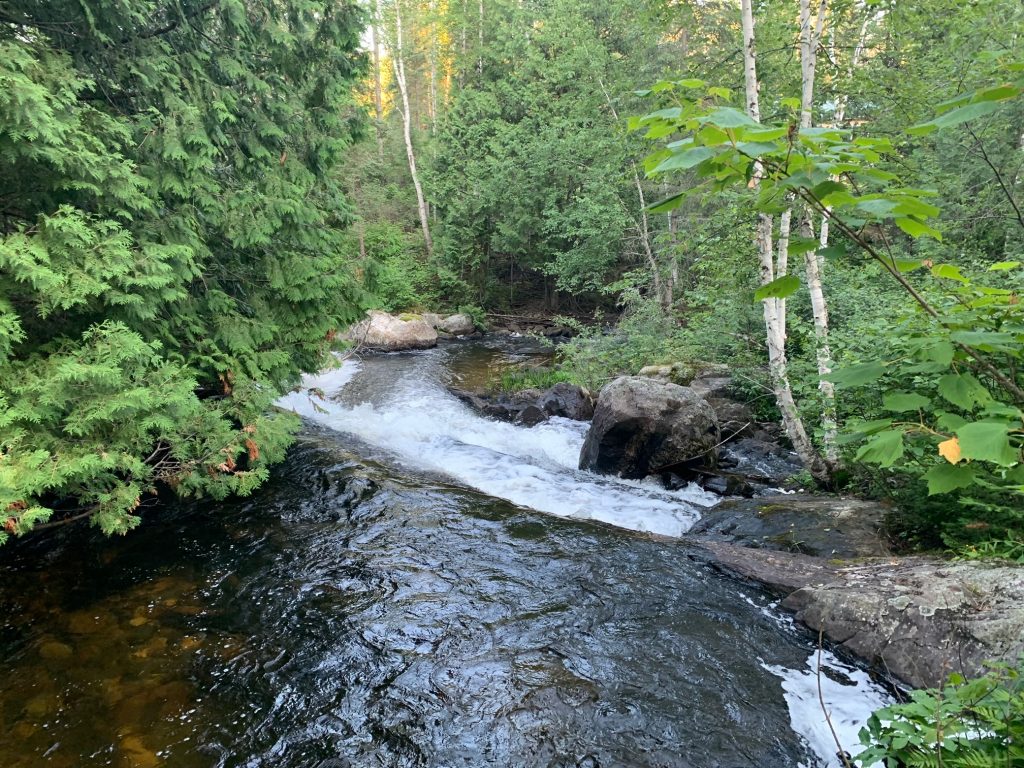 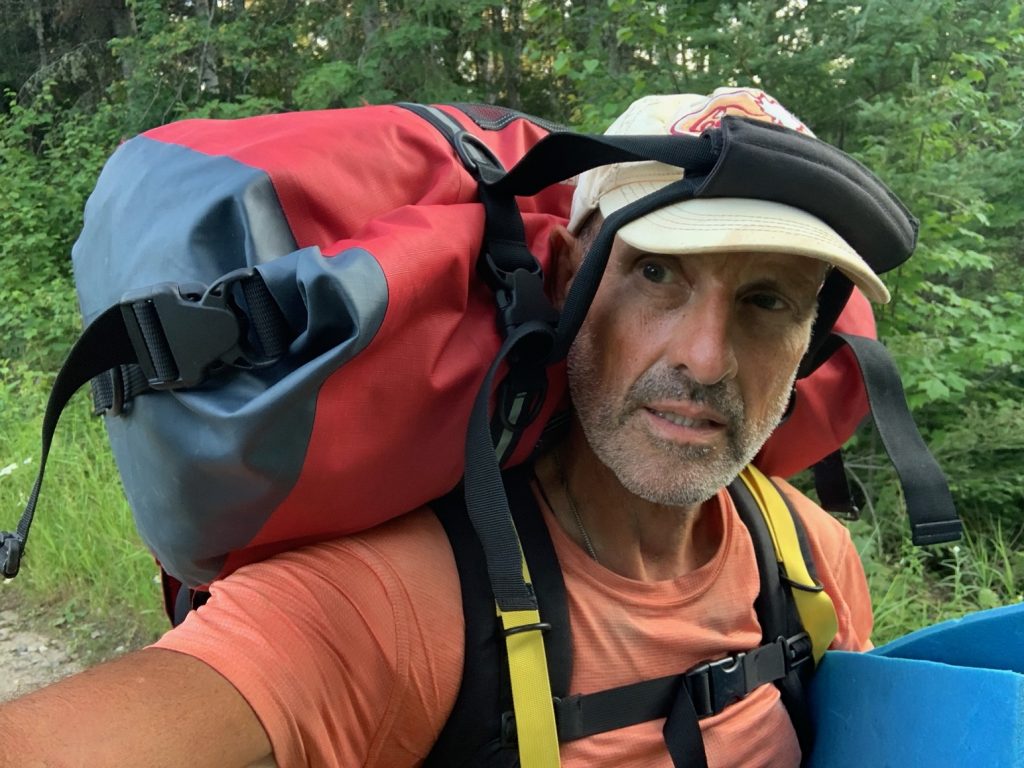