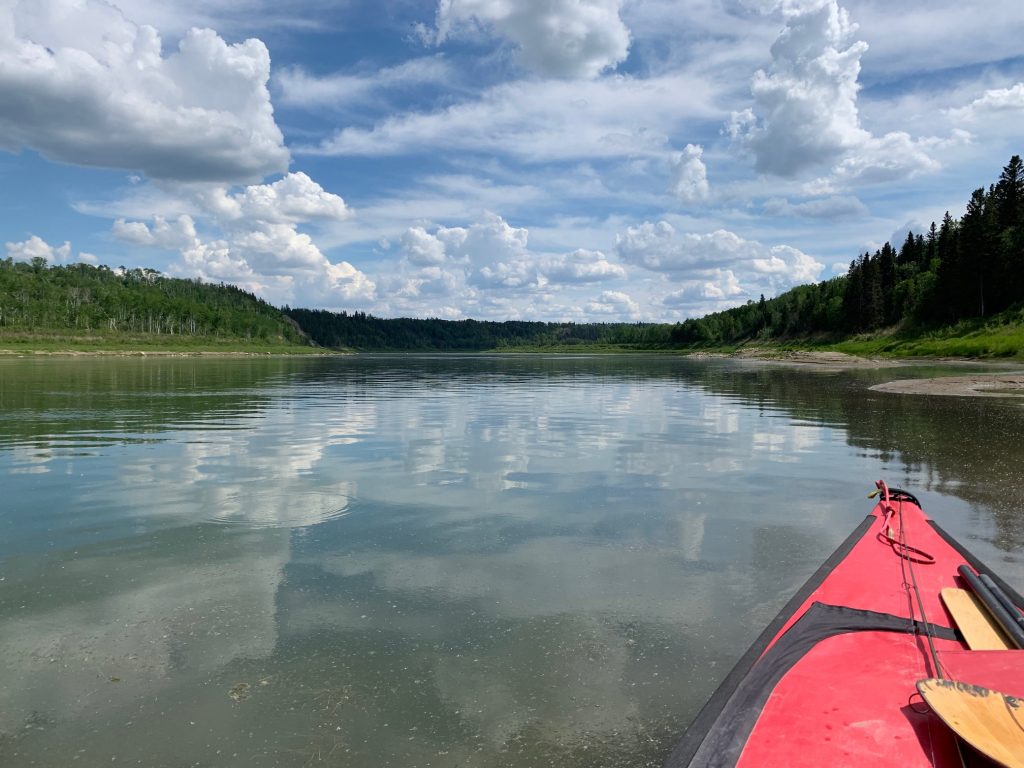 There are few forks more important in our shared history than the one shown in this photo. Looking southwest, this picture shows the South Saskatchewan river where it meets the North Saskatchewan.

The confluence of the North and South Saskatchewan Rivers, known locally as ‘The Forks’, was the point of departure for those headed north to the Athabaska region or south to the plains. It marks the point where friends and families went separate ways, hoping to meet months, maybe years later. Perhaps never to meet again.

Stopping on the river bank letting where I was sink in, I felt the enormity of the place pressing down on me. The realized dreams of generations. The dashed dreams of a likely far greater number. My own plans to get here coming to fruition.

Paddling out to midstream and looking to the west, it is more than hard to believe that the sliver of water only a couple
of hundred meters away from where I had stopped, yet barely visible, had carried me more than 1,000 km across Alberta and most of Saskatchewan. Turning away and headed down a suddenly very different river, I wonder if my own emotions are being mirrored across time and cultures. I would like to think so. 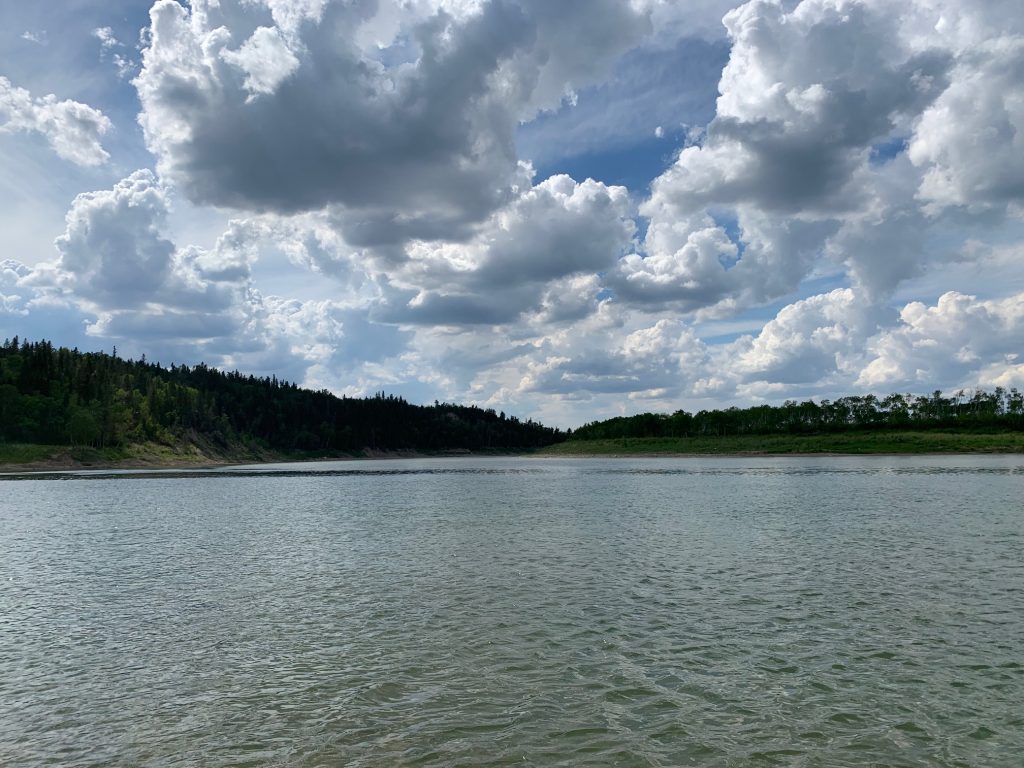