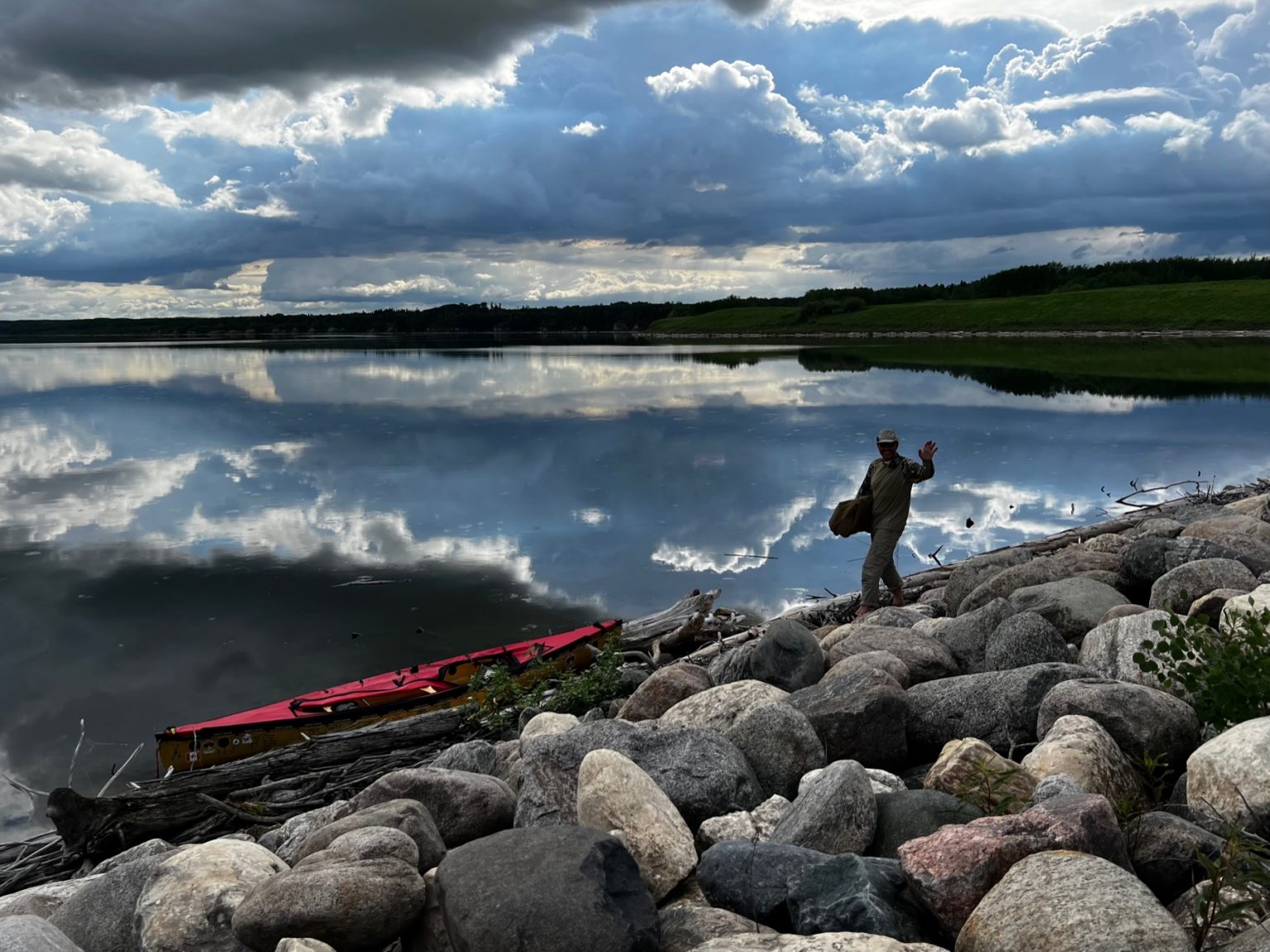 In 1753, Francois Chevalier de la Corne established a fort on the North Saskatchewan River just upstream of the confluence of the North and South. Deep in Rupert’s Land, it was a direct challenge to the HBC. New France’s upstart fur-traders could no longer be ignored and de la Corner’s fort eventually led to the establishment of Cumberland House, the HBC’s first inland fort, in 1774.

James Finlay, as well as his son Jacques Raphaël, was an independent fur-trader who played a significant role in what would become the Northwest company. Father and son would figure prominently in David Thomason’s and Alexander MacKenzie’s explorations.

Francois-Finley Dam, just a few kilometres upstream of Nipawin, is named after these two fur-traders and explorers. Unlike Mica and Big Horn Dams, there  actually was water in the lake the Dam created. Instead of a gruelling hump straight up the Dam face, we faced a short hop only.

Once up on the Dam proper, the route back to the river wasn’t exactly obvious. Clearly, we were on the wrong side of some barb-wire and ‘Do Not Proceed Beyond This Point’ signage.

Some three hours later and with Karta back in service, we were back on the river below the Dam. Apparently, the ‘This area is under video surveillance’, ‘This area is patrolled by the RCMP’, and ‘Trespassers will be prosecuted’ signs are just for show. Jan in particular would have enjoyed the company and likely transport back to the river, not to mention the opportunity to explain we were breaking out as opposed to in.

With no campsites on the banks and the evening well advanced, our options were quickly evaporating. We made the decision to paddle hard for the marina operated by Twin Lakes Outfitters on the outskirts of Nipawin and take our chances. One last glance at the bank to ensure the local constabulary wasn’t in hot pursuit and we were off, heads down and paddles bent. 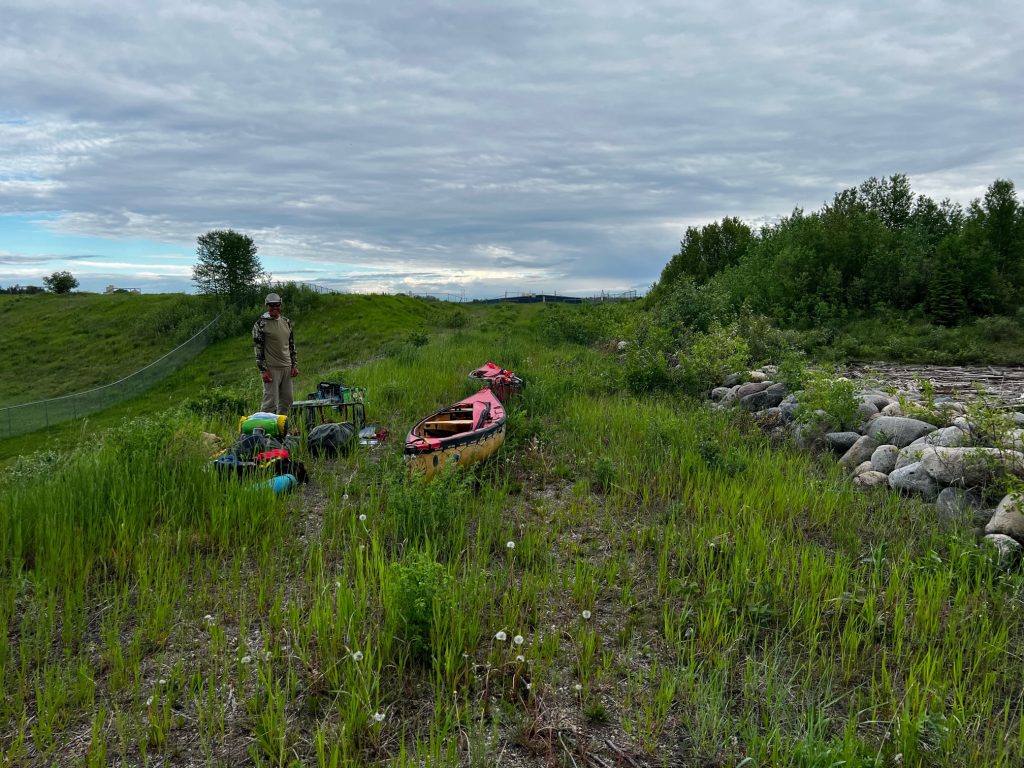