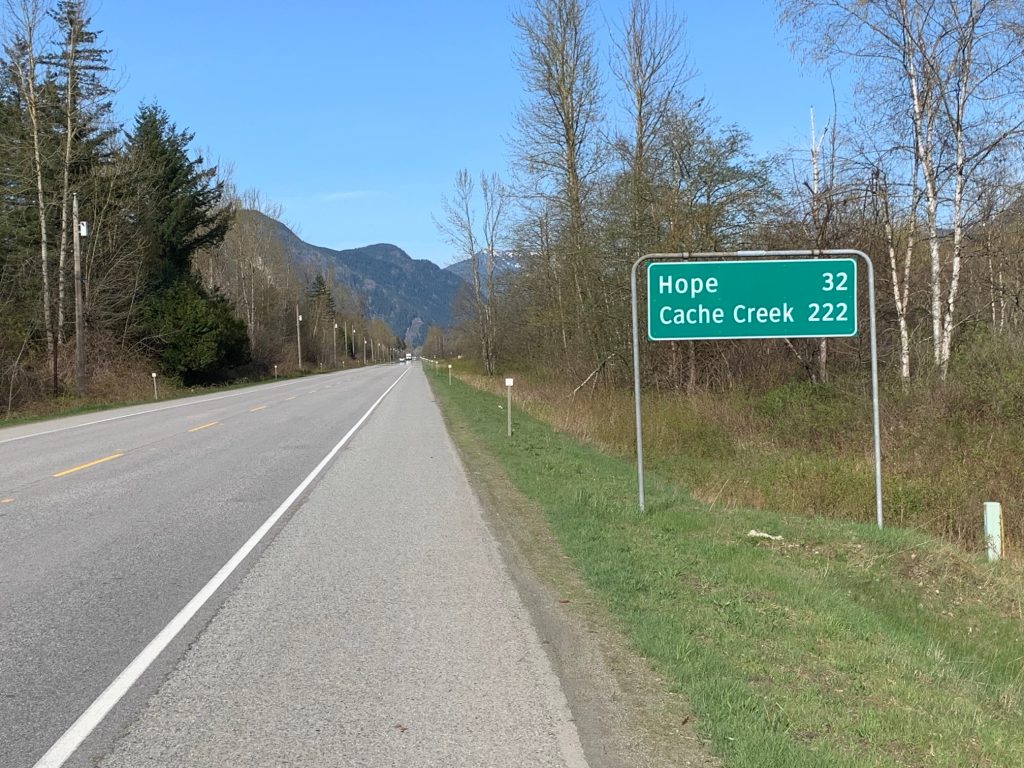 Apparently, it’s only 32 km to the eternal springs of Hope. If only Juan Ponce de Leon had known, perhaps he would have abandoned Florida for BC.

Hope has always been a bit enigmatic for me. Greek mythology tells us that curiosity got the better of Pandora and she opened a box left in her father’s care. Once opened, the seven deadly sins were loosed in the world. Realizing the magnitude of her error, she slammed the box shot trapping hope inside for eternity.

Why is Hope in the box to begin with? Are we too believe that had Hope been loosed it would have been lost to mortals forever? Are we to believe, heaven forbid that Hope is on the wrong side of sin? There is an argument to be made there. If all one does is sit around and hope, surely this is a recipe for disaster. Something like being reduced to a ‘Hope and a Prayer’.

And if Hope is all that is left save prayer, I figure things have been left a bit late.