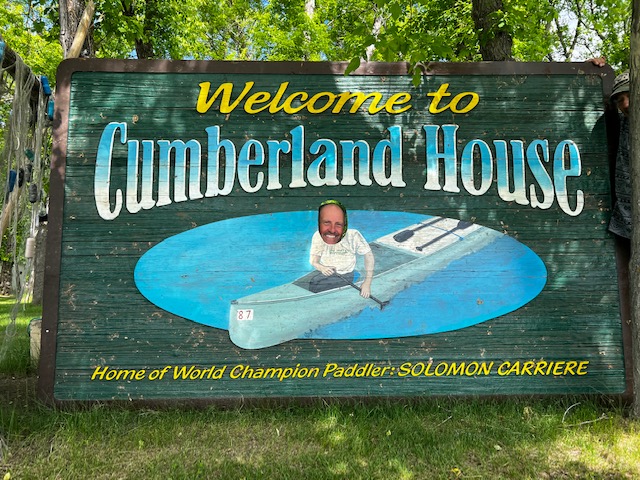 June 21, 2022
June 21st, National Indigenous Day in Canada found us at Solomon Carriere’s lodge. It was a stroke of pure luck that landed us there and nothing short of magic.

The evening before, Jan and I were landscaping a campsite on a lumpy piece of scrubby bank when the skiff we had seen earlier on the bank appeared around the bend upstream. Seeing the canoes and then us, it bee-lined for us.

The couple aboard were dresses head to foot. Goggles to gloves, it was obvious they had been working in the bush. Peeling off a few layers, Michala introduced herself and her fiancé Leo. Introductions over, we were invited for breakfast at the lodge run by her parents, Rene and Solomon, some 10km downstream. Invitations over, they roared off, goggles down and heads bent against the rain that had started in earnest.

Jan and I looked at each other, mouths open and eyes wide. We had hoped to meet Solomon but had no idea where or how to find him. No need now, he had found us.

Solomon is a world champion paddler. He holds race records and championships all over North America. He holds unofficial records for things like the fastest crossing of Hudson’s Bay. His training regime is beyond imagining for mortals and stamina the stuff of legend. Training for a race  was gruelling 30+ hour race in Corpus Christi, Texas, he did a 58 hour stretch Cumberland House to Moose Lake and back. At 65, he dusted me without breaking a sweat in less than 200 meters. And at that, he was trying desperately to be kind and not leave me feeling like a complete newb. He just didn’t have a slower gear.

We had eggs and mounds of bacon for breakfast. Bannock enough for York boat crew and more coffee than is probably healthy. Smiles lit faces and laughter bounced off the walls of the lodge as Solomon reeled off adventure after adventure. Rene rolling her eyes and Michala asking if we had room for more. It was fantastic.

Jan couldn’t wait for a tour of the dozens of boats and canoes in the yard so we headed outside to explore and learn.

Racing canoes, freighters, trippers, and skiffs. I think if you could paddle it, Solomon had it. There was even a York boat oar. Solomon’s grandfather had been a York boat man.

Over 10 feet long, it’s a monstrous thing and at its balance point, I could barely hold it level. I simply could not imagine doing anything other than being pulled overboard by a 10 foot log, weighing. lose to 35 lbs cantilevered more than 8 feet off the funnel.

Seizing an opportunity I know would likely not come again, I asked if Solomon would mind showing me the paddle stroke he preferred for long distances. Almost instantly, his eyes sparkled and a huge smile appeared ear to ear. He dashed off to grab a training boat and paddle, plopping the whole lot at my feet before I could muster Jan.

I’m smart enough to know that my three months in the canoe have only cemented bad habits. I was thrilled to bits knowing I had an opportunity to learn from one of the best and most experienced paddlers in the world. It didn’t disappoint.

Solomon taught us the stroke his father taught him. The Cree phrase for it is (phonetically) ‘Ah tag mique pagwa’ and the stroke itself bore no resemblance whatsoever we to what I was doing. I was, however, holding the paddle right at least. Score one for me.

All in all, it was a magnificent morning and a true privilege. Not wanting but needing to leave, Solomon tossed out he might see us downstream. Within the hour he’s paddling alongside and carefully watching my attempts at his stroke. It’s killing both Jan and I as it uses muscles we haven’t been using. But it’s fast. Very, very fast with unmistakable feedback when you get it right.

For fun. Solomon and I paddle off leaving Jan to fish in an eddy. Within minutes I’m staring at the stern of Solomon’s boat and can tell he’s barely above idle. I figure by the time I get to New Brunswick, I might be able to at least get him into second gear.

Paddling into Cumberland House the next day, we meet the Mayor’s headed upriver hoping to land a few walleye. I’m blabbing about meeting Solomon and getting dusted in the canoe. He looks at me sideways and says ‘Nobody beats Solomon. He’s king around here!’. 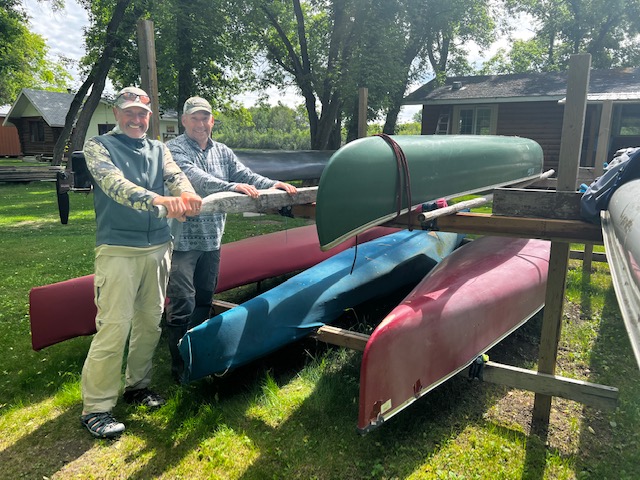 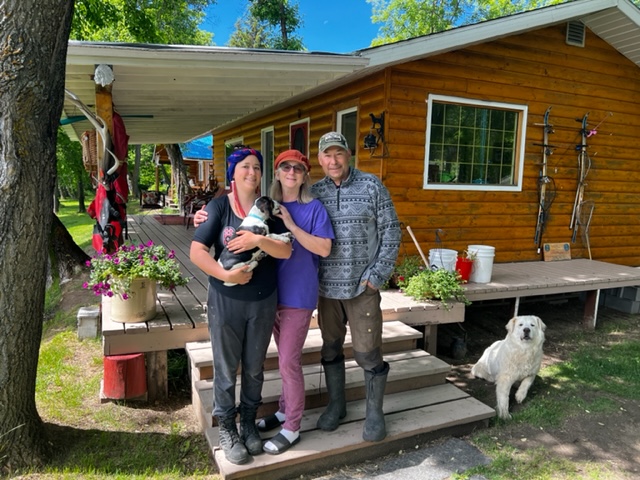 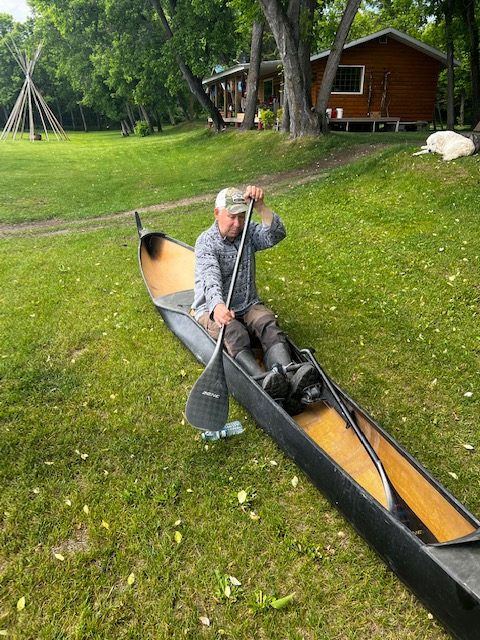