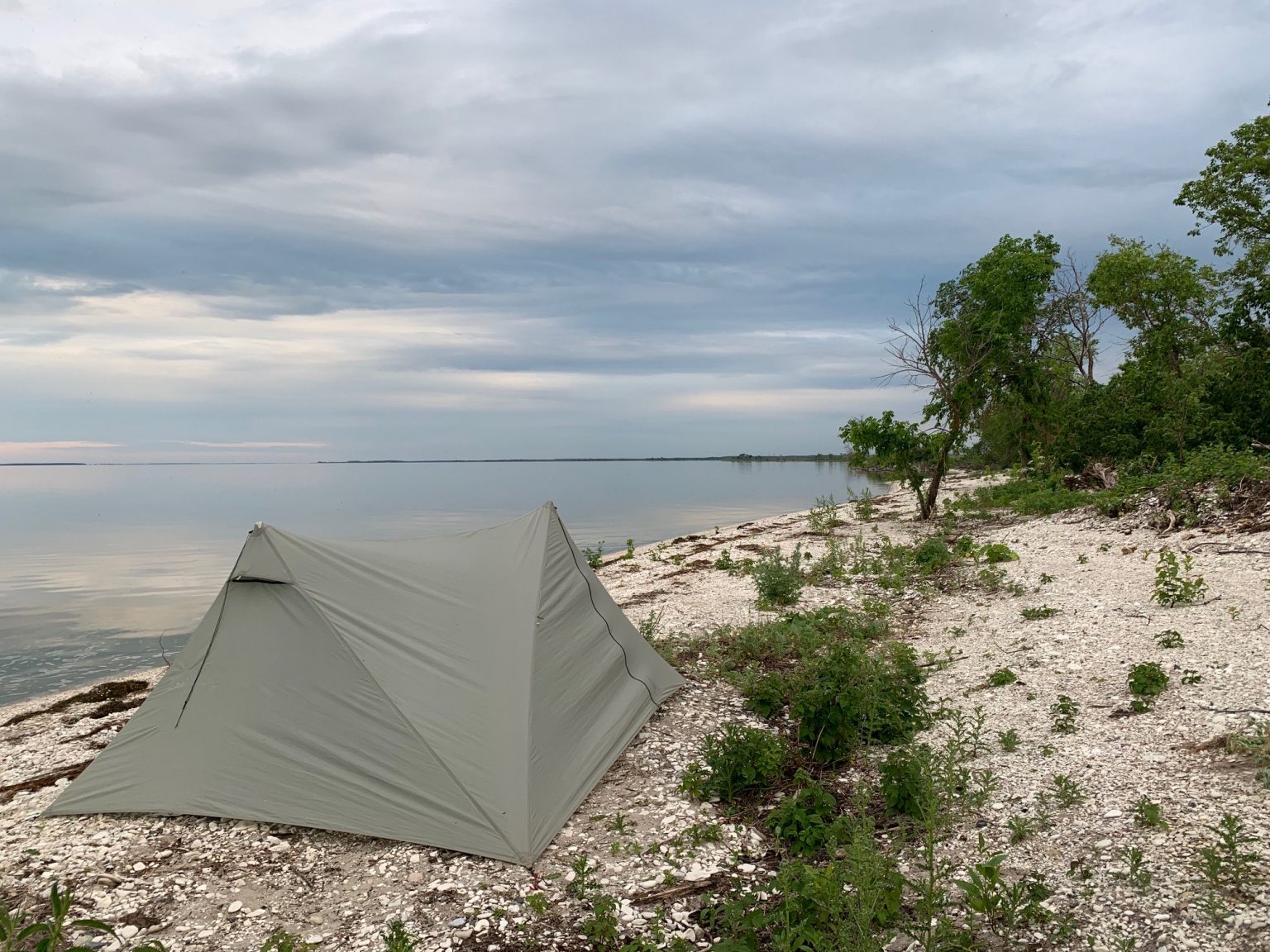 My first night on Lake Manitoba. I was concerned that the floods and high water that had plagued Southern Manitoba late in the spring would have me scrounging for campsites. Apparently, not quite so …

Earlier that afternoon, I had set out from Meadow Portage paddling hard against headwinds and big lake chop that left me to exhausted to continue past 5pm. Between 3 hour paddle to get Lake Winnipegosis, setting up and taking down Karta plus the 3km portage itself, I figured I had done enough that day.

With some luck and a bit of a tail wind, The Narrows on Lake Manitoba might be within reach the following day. My maps had two campsites there. To me, regular campsites mean civilization and civilization means real food. Like Coke Zero and hamburgers. You know, the good stuff!