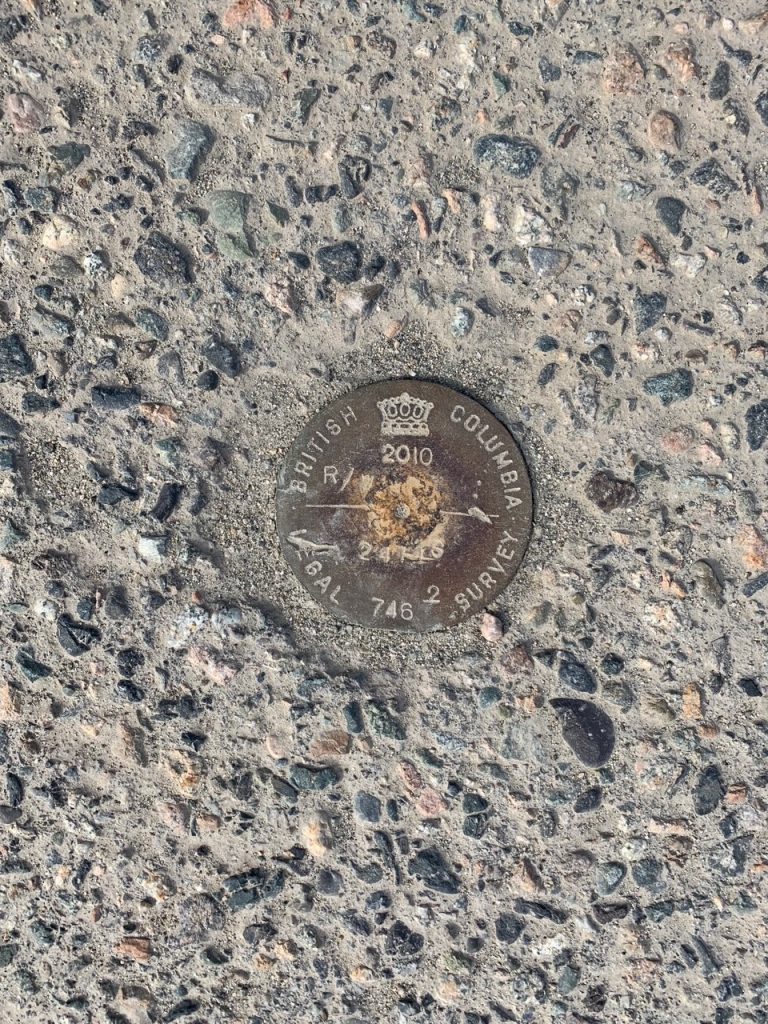 Embedded in the concrete at Yellow Lake, the summit of the Pass between the Similkameen and Okanagan Valleys, this innocuous bronze marker is a survey monument.

This, and the thousands upon thousands scattered across all of Canada are in fact part and parcel of David Thompson’s legacy.

Thompson is arguably the greatest land surveyor that ever lived. His cartographic legacy is a very close second. He spent 27 straight years in the wilderness, ranging from the Canadian  Barrens to the Mississippi Valley, sextant, compass, and tables in hand painstakingly observing the sun, moon, planets, and stars. His calculations, based on these celestial observations, enabled Thompson to create a map of western North America that we now as the provinces of  British Columbia, Alberta, Saskatchewan, Manitoba, and a large chunk of southern Ontario.

Retired from the Northwest Company in  the early 1800’s, Thompson was commissioned to survey the US Canadian Border from the Great Lakes to the northwest extremity of Lake of the Woods. He wore out 3 US Army Core of Engineers survey crews doing so even though he was in his late fifties.

Thompson’s work was so thorough, so accurate that Joseph Tyrell, tasked with re-surveying parts of the Red Deer River a century later, marvelled at the work of the unknown map-maker whose work he was supposed to, but could not, improve upon.

Sadly for all Canadians, Thompson lies in an unmarked grave beside his beloved wife of almost 60 years Charlotte Small. He died virtually penniless, never having received more than his Northwest Company wage for the work that literally put Canada on the map.

The monument in this picture is very precisely placed. Any commissioned land surveyor, asked to locate this same monument will place it within fractions of an inch of where it is now. As far as honest professions go, surveyors have no equal.  No matter how many second, third, and fourth opinions you ask for, they will all land this monument in this same place.

Kokostints, ‘the one who squints at stars’, was somewhere smiling when I stopped to marvel at that plaque.