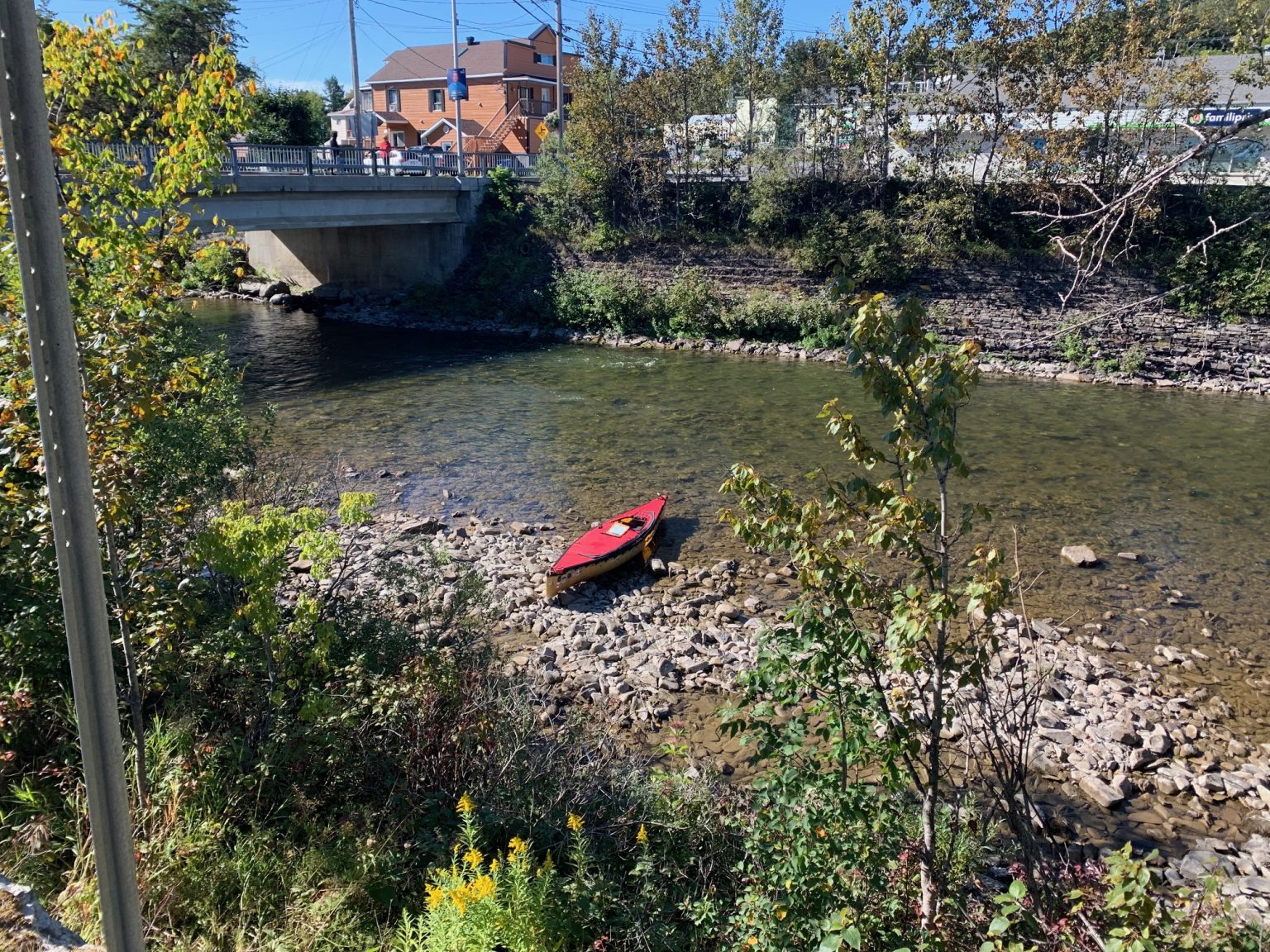 September 17, 2022
I absolutely blistered Lac Matapedia. Blistered as in covering the 25 km of open water in a shade over 2 hours and 15 minutes. A 30 gusting 35 km tailwind helped. The 3 foot swell helped even more. Kai Nani jumped from wave to wave, sometimes buryjng her bow well into the swell ahead as she raced down the face of the one behind.

it was great fun until it wasn’t. It’s stopped  being fun when I filled the boat with water after getting a bit sideways and broaching her on a set of much larger waves. I am always surprised what one can get used to and I had gotten too used to the sketchy becoming crazy conditions. Luckily, this happened just before I reached the shelter of some large islands at the eastern end of  the lake. Behind these islands, I was protected from the swell and most of the wind.

Finding the protection of the islands, I thought I had it made. An equally quick trip down the Matapedia River and I would be in Cambellton. Done and dusted.

Pride goeth before a great fall, and the river with no water before Campbellton!

There was no water in the Matapedia river. For every kilometre paddled, I had to drag the canoe over sand, gravel, or rocks, depending on the whims of the water gods. It was torturous progress. Kai Nani suffered more abuse, and harm than in the entire five months previous. And if I wasn’t dragging her over the rocks, I was banging her into them, because there was not enough water to bury the blade of the paddle enough to maneuver the canoe. I swore more, and cursed more, and more loudly than ever in those first few hours on the Matapedia, than in the whole trip combined. I simply refused to accept that this was to be my fate.

Sadly, but not unexpectedly, my rantings fell on deaf river banks and  mute boulders . It was to be my lot, and I would have to live with it. In the end, when I finally came to my senses, and realized that I should be grateful for the water that was there, it seemed a whole new ball game.

The improved attitude aside, I never came close to Campbellton but called it quits about 2 km of upriver from Lac au Saumon. tomorrow would be my last day on the river on a transcontinental trip that has taken close to six months. I counted the rivers I had been on as I fell asleep. I wondered how many I had already forgotten. And I wondered how many would I would ever see again. 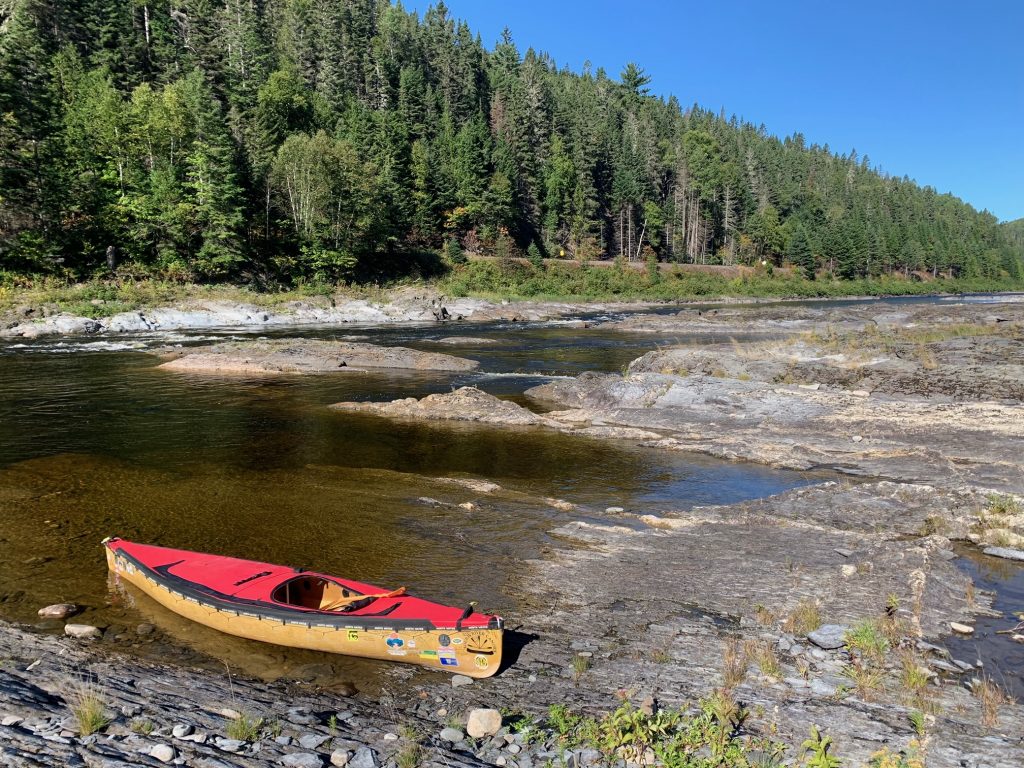