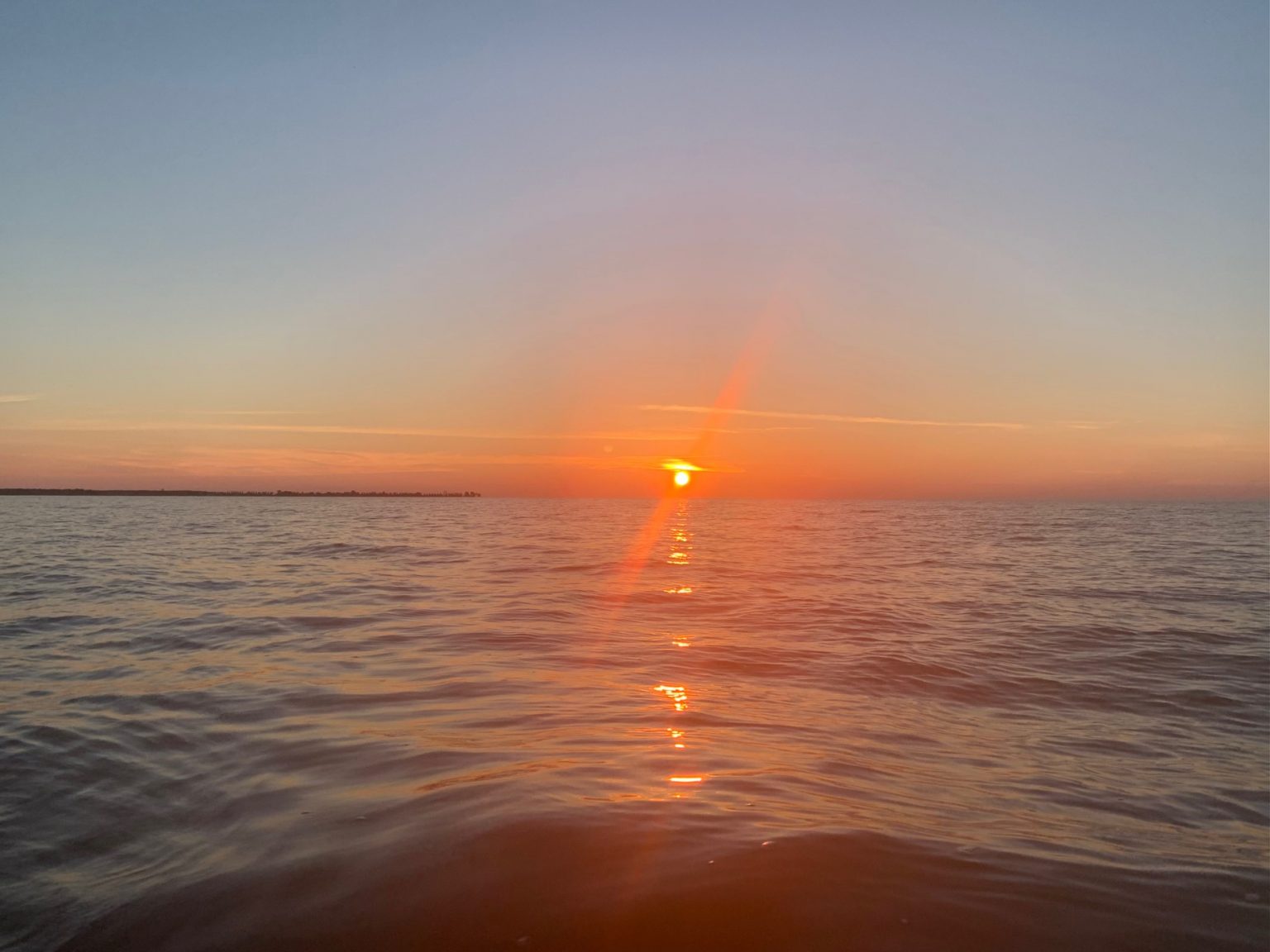 Leaving The Narrows under full sail, Mother Nature had given the green light to get as far as Inpossibly could that day. 12 hours later, I landed here: 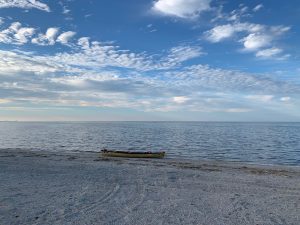 This picture was taken looking north, from whence I paddled. It’s just south of Sandy Bay and the only campsite for a dozen kilometres in all directions. I really didnt want to paddle for 12 hours, but the lack of campsites forced my hand.

From here, the southern end of Lake Manitoba is reachable i’m a canoe if and only if conditions are perfect, The weather forecast called for perfect paddling conditions from midnight to 6 or 7 am. If I missed that window, I would be on this page for the 2 days at least.

Settled. I would bet the Queen I could paddle the wide open southern basin starting at 3am and finishing by 9.

To bed at 11pm, up at 2am, and paddling by 3, I landed at the southern end of the lake just when the forecast southerlies began to pick up. Protected from the wind  In the lee of the shore, the waves could not build and the wind was a non-issue. Off the lake a few hours later and just beginning the 30km portage to Portage la Prairie my success has only cost me a few hours sleep.

A win all round: I was i. my way to the Assiniboine River and Mother Nature got to blow up a gale.

Perhaps it seems a bit extreme to start paddling when it’s still dark. Mariners, however, do this all the time when there’s a tide to catch. Or winds to avoid, as was the case with me. Climbers do the same when there’s a summit within reach and a weather window that justifies the attempt, Gambles all against She who rules.

The thing about gambling is that the odds are stacked in favour  of the house. It’s best to know when to collect your winnings and quit. And pulling Karta south towards Portage la Prairie, it felt as if I had just won the lottery.