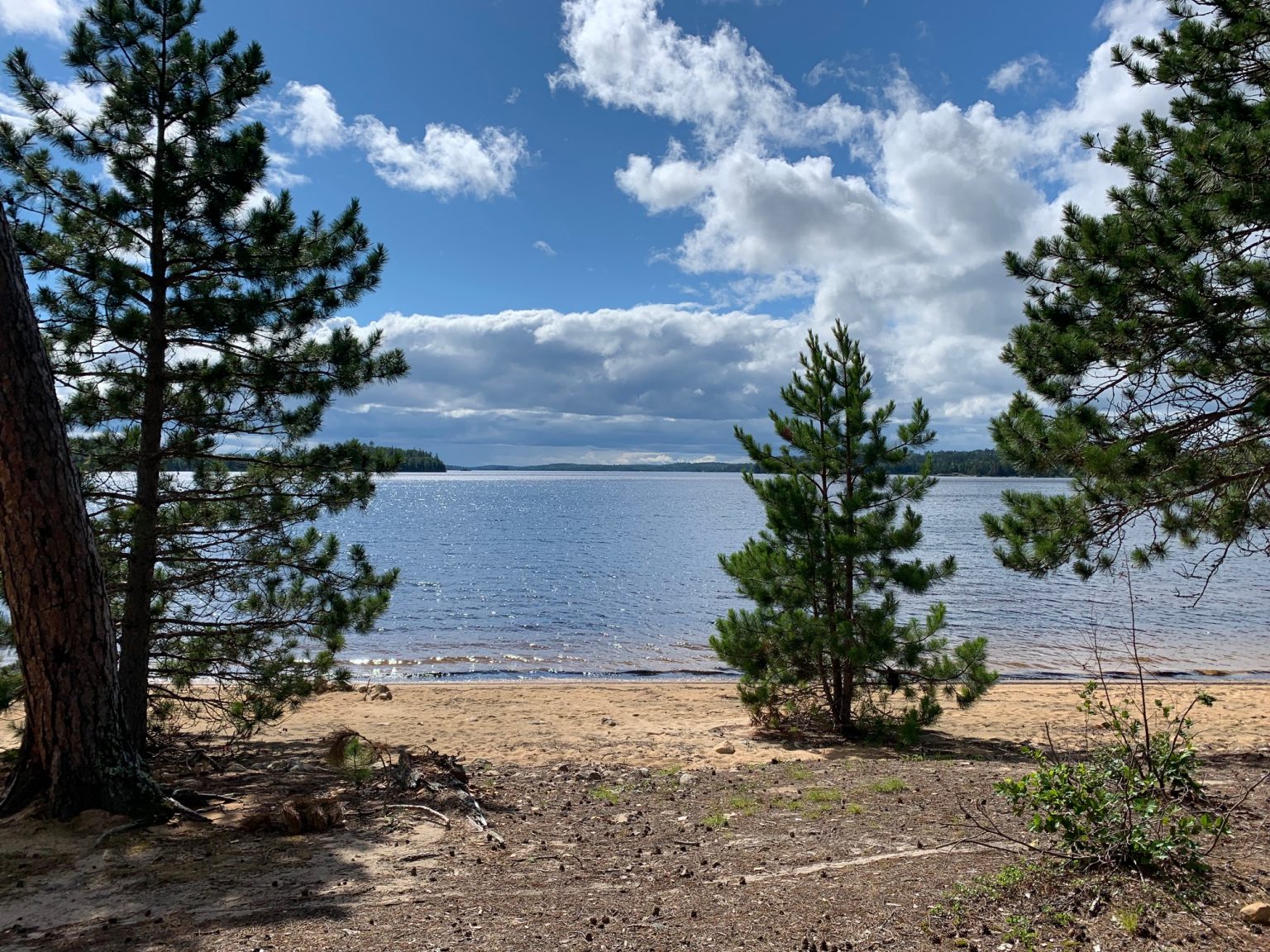 Aug 3, 2022
If I hadn’t stopped to wolf down a breakfast sandwich, I wouldn’t have bothered to rebalance Karta, would not have discovered the split paddle, would not have parked the canoe in Souris River Canoes’ backyard, would not have reached out to Spencer Meaney of XY Paddles, and last but certainly not least, would not have stumbled into Arlene Robinson.

Spencer Meaney is a second generation paddle maker. I figure he’s equal parts scientist and artist and his paddles are wonderfully fast works of art. I am asked about them constantly and whenever I hand one over, the reaction is always the same:  Jaws drop and eyes widen. To me, they are simply ‘all day paddles’. You can paddle all day as hard as you possibly can and not wake up the next unable to lift your hands above your waist.

Spencer dropped whatever it was he was doing and drove to the shop to help me figure paddle options. With two new paddles in hand, he drove me back to where I had left Kai Nani.

Poking my head into the office, I bumped into Arlene Robinson, co-owner of Souris River. I had barely introduced myself before she offered a tour of the canoe shed and a lift to Nym Lake. I was dying to learn more of their operations and with Karta on her 9th life, I could not say no to either.

The lift to Nym saved me a day and a 30km plus walk, meant Karta lived at least another day, and gave me
back the day I had spent in Atikokan waiting for parts. It also meant I would be in Quetico Provincial Park a day earlier.

Quetico is a world-class paddling destination and a gem among the many provincial park jewels in Ontario. Paddlers come from all over the world to experience all that Quetico has to offer. From pristine wilderness, to spectacular white-water, to canyons and waterfalls, Quetico pretty much has it all.

The Pines, where the pictures for Parts 1 and 2 were taken, is an easy 1 hour paddle from Quetico’s main entrance and perhaps the best campsite and beach to be found anywhere in the park, is where I ended up 2 days after leaving Nym.

I had camped the previous evening at the end of the Nym to Batchewaunga Lake Portage. I figured an early start would see me through Batchewaunga and Pickerel Lakes all the way to the Ranger station by the main entrance.

I arrived at The Pines looking for all the world like a crazy person. Chased by thundershowers and pushed along by whitecaps and wind, I was paddling for all I was worth to make it to what I hoped would be enough of a beach to hurriedly set up the tent and dash for shelter. I had no idea it was The Pines.

Getting closer, I realized there were other canoeists, kids even, on the beach. I powered Kai Nani onto the  each, yanked the the pack with the tent tucked away inside out of the canoe and flew at setting up the tent.

Embarrassed now, I could only imagine what everybody else must  be thinking of my arrival. For the  next three hours I was tortured by 1/2 hour of sun, followed by 1/2 hour of wind and rain. The sunny breaks had me questioning my sanity, the wind and rain sending me back to the tent knowing for sure I was crazy.

At the end of the three hours, the weather turned perfect and I consigned myself to staying and an earlier than usual start the next day. There is always tomorrow. Hope for better weather or a better start, hope for a better anything. Hope that tomorrow, whatever it brings, will be better than today.

For now, at that moment, this place where I had landed, paddle flailing and spray flying, was all that one could possibly hope for. The best possible place in Quetico. Quintessential.