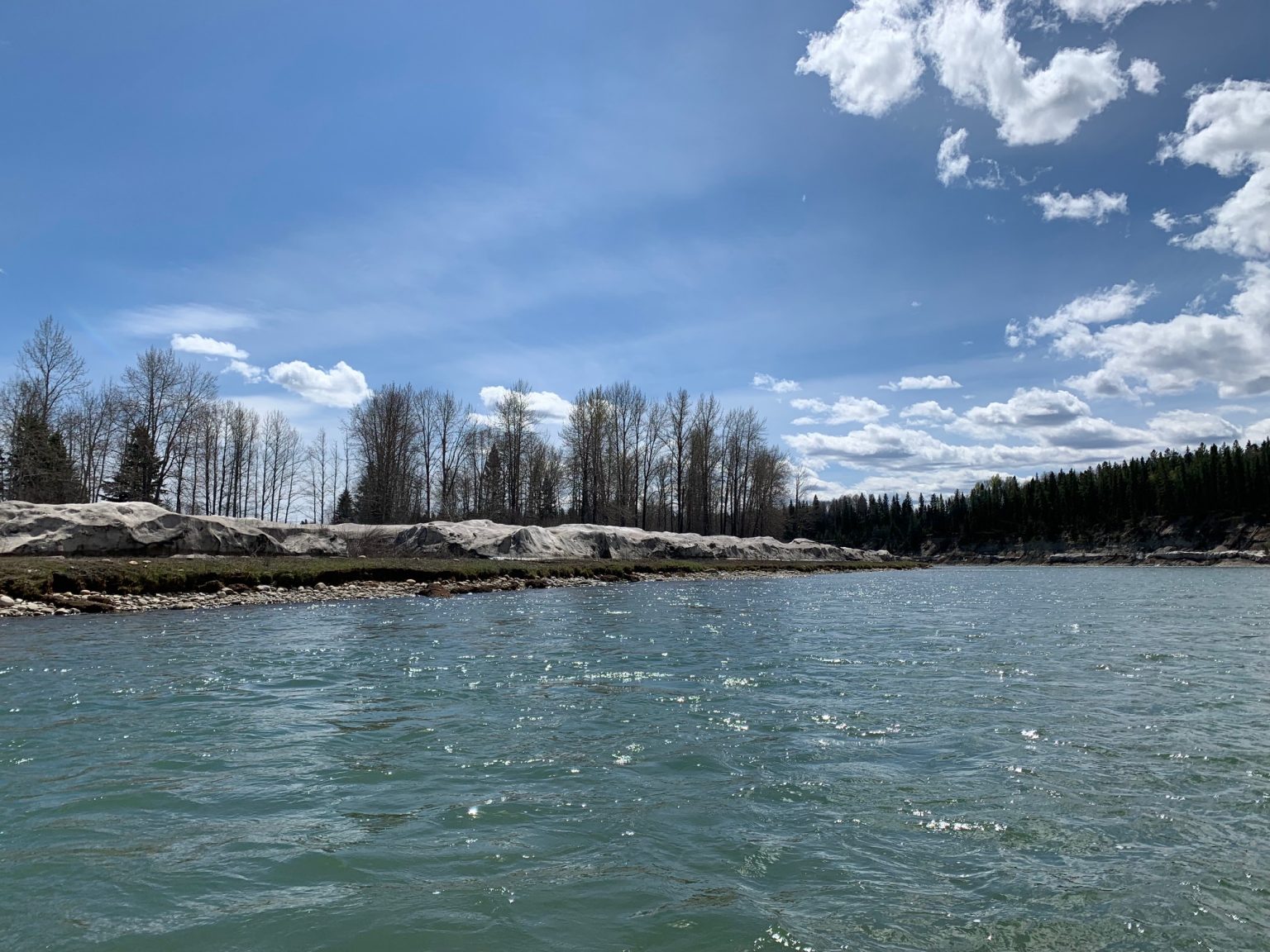 The river has been lined with 6-8 foot banks of snow anywhere it’s flat enough to accumulate. Basically, every inside corner and, of course, most campsites. Given the time of year, it’s a wonder but a welcome way to cool drinks. Instant icebox if you’re willing to dig a bit with already frozen hands.

This picture was taken just a few miles from the National Historic Site that is located near the old Northwest Company fort of Rocky Mountain House.

From the river, it’s all but invisible. Jan spotted a teepee sporting a very large Canadian flag and figured it must be the place. Not being the first teepee we’ve seen, I was unconvinced. Paddling to shore, I discovered a hewn bench sitting atop a small landing overlooking the river. It was, indeed, Rocky Mountain House.

After 6 weeks of hard labour, and literally bubbling over with expectation, there was nothing to be found but ghosts. We had landed at the glamping site.

Huge canvas tents on 2×4 frames complete with beds and washbasins sported catchy names like Buffaloe Rest and Grizzly Bear Bend. Even the paths between them had names. Afraid I’ld stumble onto ‘David Thompson Way’, I dared not look at the hand painted street signs.

Talking to a park attendant, we were told we could stay if we checked in at the office. ‘It’s a 5 minute walk that-a-way’ as he drove off exactly that-a-way in command of a quad with 3 empty seats. This same fellow had said earlier that he couldn’t imagine anyone canoeing here from the coast. Jan and I stole an astonished glance at each other considering that was the primary reason the place existed at all. From all three coasts: Pacific, Atlantic, and Arctic.

The decision was an easy one. We returned to the river bank landing and the rough but serviceable bench, he at one end and I at the other. With a raised a thimble full of Admiral Rodney’s rum to all those who had paddled here from whatever age for whatever reason. To the families and friends who greeted them with open arms, and, at least for me, a silent prayer for all those who left but never arrived. The lost souls who still track, and line, and portage around the now infinite bends.

Back in the canoe, I paddled away quickly neither looking back or sorry to leave.

Camped for the night north of the town of Rocky Mountain House, we were told that the Historic Site was slated to be closed some 6 or 7 years ago. A change in management at the park turned things around. I was floored to hear of its near demise. Everywhere I’ve been to date I’ve spoken of the vastly under-appreciated comtributions to the makings Canada herself by early explorers and cartographers, and especially their Indigenuous guides, protectors, political emissaries, partners. Ample proof of that would be the contemplated closing of one of the most important geo-political inflection points in Canada: Rocky Mountain House.

The Site is, of course, worth a visit even if you decide not to stay at Buffaloe Rest. The town itself was a joy. The people amazing: Friendly, helpful, and ear-to-ear smiles. Perhaps I had made it to the Fort after all. 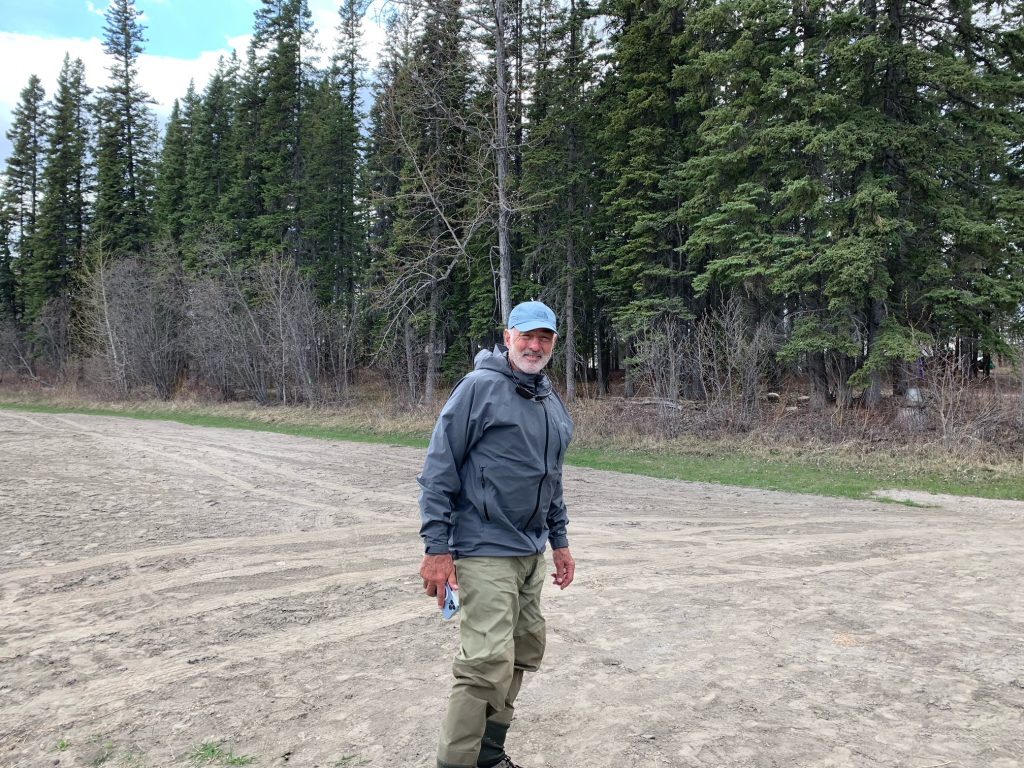