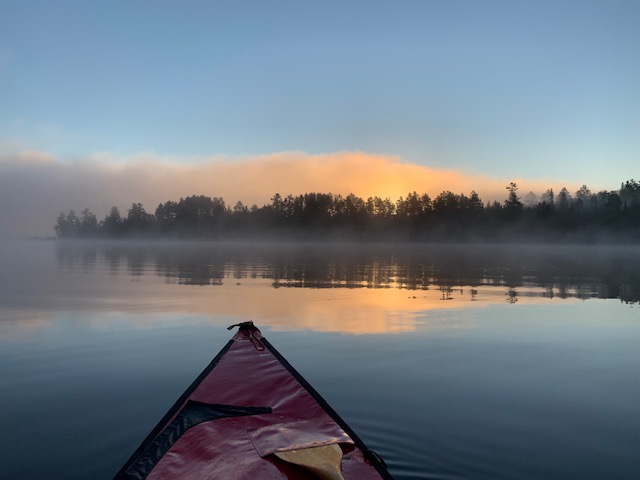 Leaving The Pines at daybreak found me paddling blind, enshrouded in a deep, cold, wet fog. I actually got going south for a while, as opposed to east, before I realized I had better get the compass out or end up I know not where.

Back on track, I made the take out at the Ranger’s cabin, set up Karta, made my way to the TransCanada highway bound for the bridge crossing over the French River.

There’s another larger, more famous, more well-known French River that drains Lake Nipissing into Georgian Bay. That river, not this little creek misnamed on my maps as a river, was something to be reckoned with. Something of note and import.

Just before the bridge, I see a trail-head sign. Paul Kane Trail. I don’t know any Paul Kanes. I trudge up the last bit of incline and see the bridge but no river. Steep banks crowd the bridge and ageless,broken rock is all that forms the forest floor. I see no way off the highway other than straight down.

Standing on the bridge, looking straight down into the rapids, I’m weighing only bad options against worse. My plans for the day are disappearing as fast as the current far below me now can sweep them away.

Cursing way too loud, a car slows, than stops at the opposite end of the bridge. I’ve sworn too loudly I’m sure and someone is wondering if I need a ride to an institute.

The stranger approaching flings her arms out and yells across the void ‘Bert! It could only be you! That guy canoeing across Canada!’

It’s Arlene Robinson, headed into town and a tad late for an appointment. She tells me that Paul Kane, a famous Canadian painter, best known for his iconic renderings of Voyageur life, based one of his better known works near here on this French River and not the other. I mention the trail head marker and Arlene nods vigorously. ‘Yes! That Paul Kane. The place must be close…’

In a few minutes she is gone and I am emptying the canoe onto the shoulder.
of the highway. I quick trip down the slope is confirmation enough. There is nothing to be done save stumbling headlong down the rock.

Head down and gingerly picking my way down the slope, I am surprised by the faint impression of a trail leading off to the left. On a whim, against better judgement and practice, I go left. A Frostian fork most certainly less travelled.

In no time flat, I am standing on a well constructed, well maintained wooden platform with this: 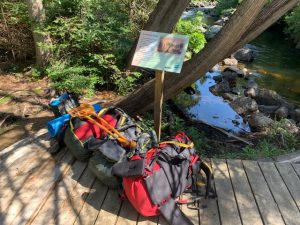 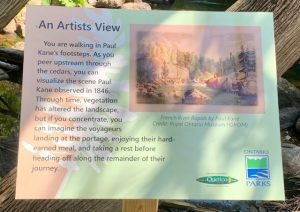 And this is the view upstream: 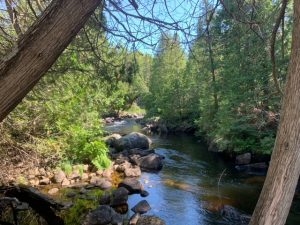 The spot I am standing on is the exact spot Paul Kane stood on when he sketched the scene that would be the basis for his masterpiece ‘French River Rapids’.

The rocks are the same, the trickle of water the same, and the iconic rock wall – just visible in the distance – is the same. I am more than dumbstruck. Here, at this spot, at this moment is an experience I had been chasing fir more than 3500 kms and literally a million paddle strokes. I am standing in the footprints of giants. Not just Kane, but just about every explorer and cartographer that went west from what was once New France. From  de Noyon to La Verendrye to Thompson to MacKenzie. Countless more whose footprints remain even though their names are dust.

Walking up to the rock wall depicted in the painting, I see the same crack, the same ageless scars that Kane saw.

Here at this spot, at the foot of this rock, I put down the pack I’m carrying and for all the world, it seems an HBC 90 lb piece. Cordura,  hypalon, and carbon fibre give way to canvas bound with hemp and an earthy smell of hide and fur rises from the forest floor. I ask myself the same question for the thousandth time – How on earth did they do it? The distances, the loads, the portages, the hardships? It is far easier to believe it a fiction rather than fact. Yet here I stand, in their very shadows and in, actually in, Kane’s masterpiece.

The hours pass in seconds,
my thoughts a blur and never far from Kane’s vantage of the rapids. What fork in the road led him there? Was it a deliberate choice or serendipitous? What caught his eye? And  what of the   Voyageurs? Who are they and what of  their stories? My imagination runs away with them, to a far away place that only they and their fellows know. A wild, beautiful place. Instantly recognized and forever remembered.

Robert Frost knew at least one of these places.  As did Paul Kane. As do I. 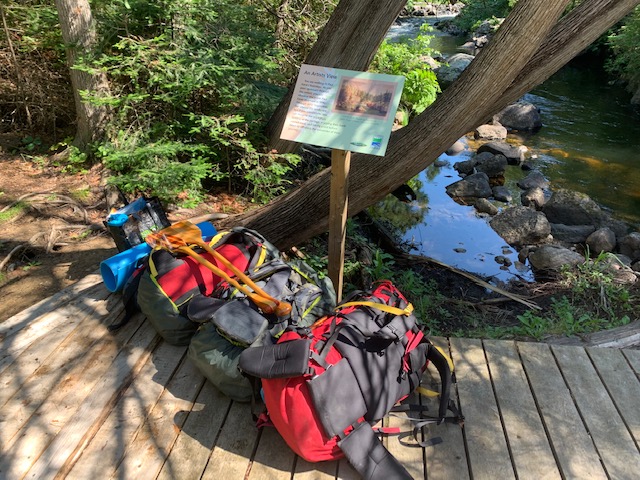 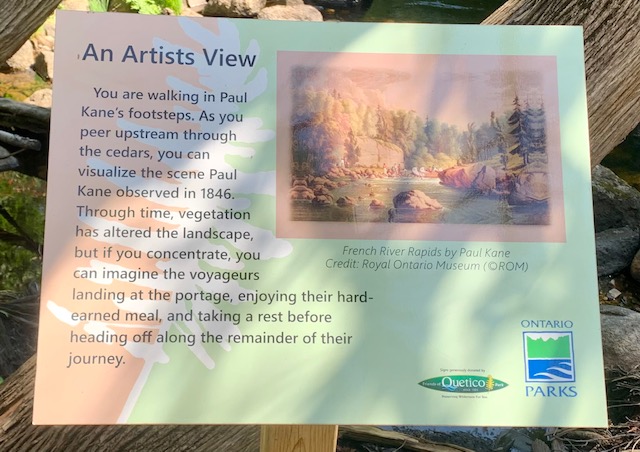 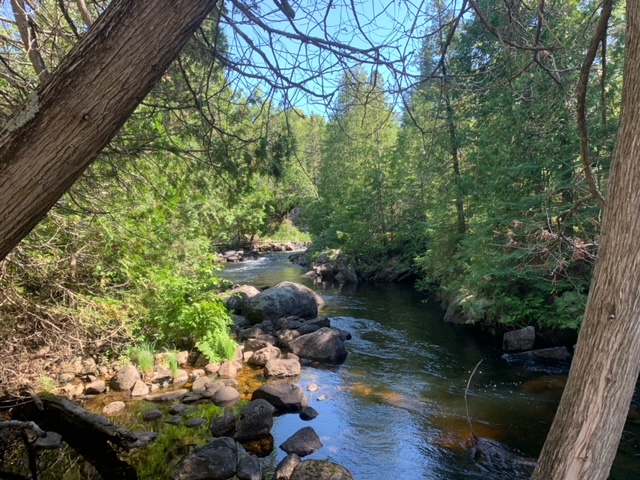 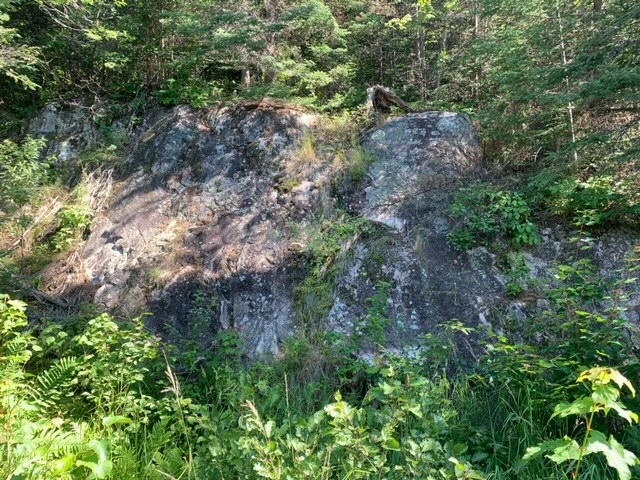