July 26, 2022
I had been fretting paddling the Sabaskong River since I did the route planning for this trip. Canadian topographic maps show most of its course as marsh and I have become all too familiar with marsh.

Like most things in life, I need not have worried. Other than paddling upstream, it was relatively easy. I simply stayed in the strongest current and the rest looked after itself.

Turns out I should have been worrying about what wasn’t on the map.

Two sets of falls between lakes and two beaver dams on the river made for heavy work and slow progress. One set of rapids I was able to track after dragging the canoe up the initial ledge. That bit of tom-foolery was inspired by dragging the canoe over a 3 foot beaver dam earlier. The canoe was unscathed, but my feet were covered in leeches afterwards.

However, the first set of rapids were to tell of things to come. The portage itself was easy enough to find, but like Nestor Falls, it was covered in blow down and debris. It took an hour to clear tue first 20 meters.

The entire exercise was exacerbated by rain. Leaving Nestor Falls early, I was expecting rain all day. I wasn’t expecting thunderstorms so when the clouds starting looking mean and distant thunder starting chasing me on the last portage, I hurried the last loads and quickly set up camp just as the rain began in earnest.

Starting at 6am, I was forced in the tent by 10:30. I cursed  drop that fell. Another lost day. More lost miles and a perfect day yesterday gone wanting waiting for a tent replacement.

It let up at 3pm just long enough for me to torture myself with thoughts of continuing. By 8,  heavy rain and thunder showers put an end to the internal debate that I had been waging and I, but not to the drop-cursing.

Tomorrow. Ah, tomorrow would be a better day. I figured to make the portages over the height of land separating the Sabaskong and Manoomin River systems. The two portages were clearly shown on all the maps I carried as well as the maps I had studied before I left.

There were, after all, far more important things to worry about. Like the tent staying up. Or new and inventive ways to curse-out the rain water accumulator masquerading as a cover. 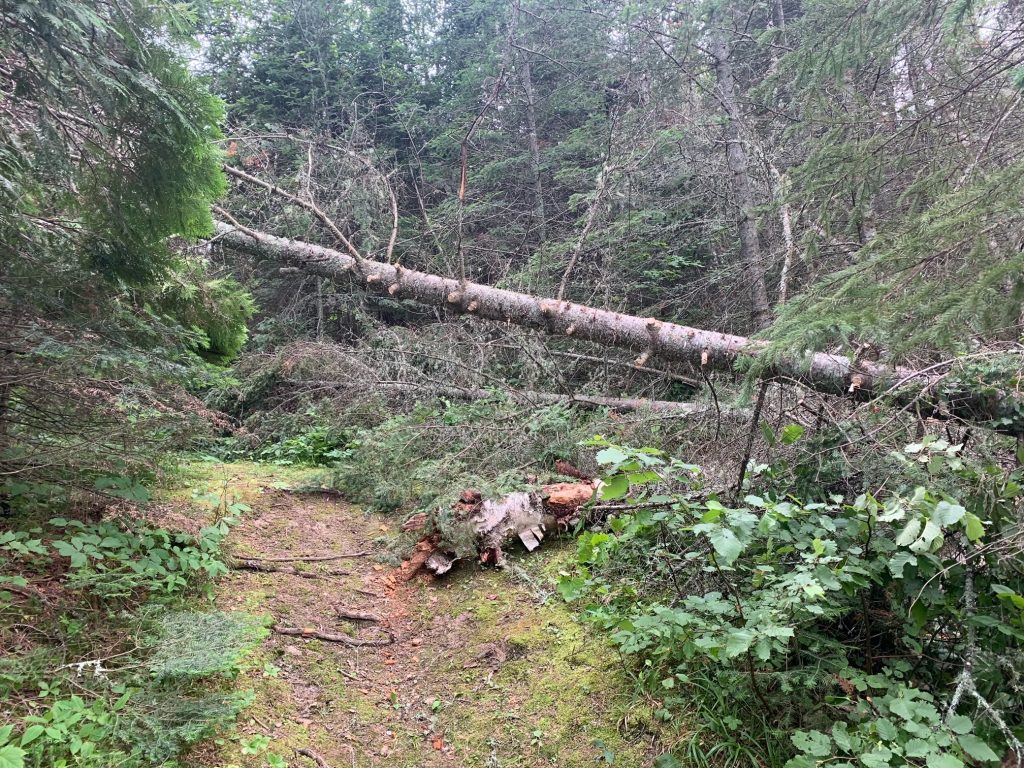 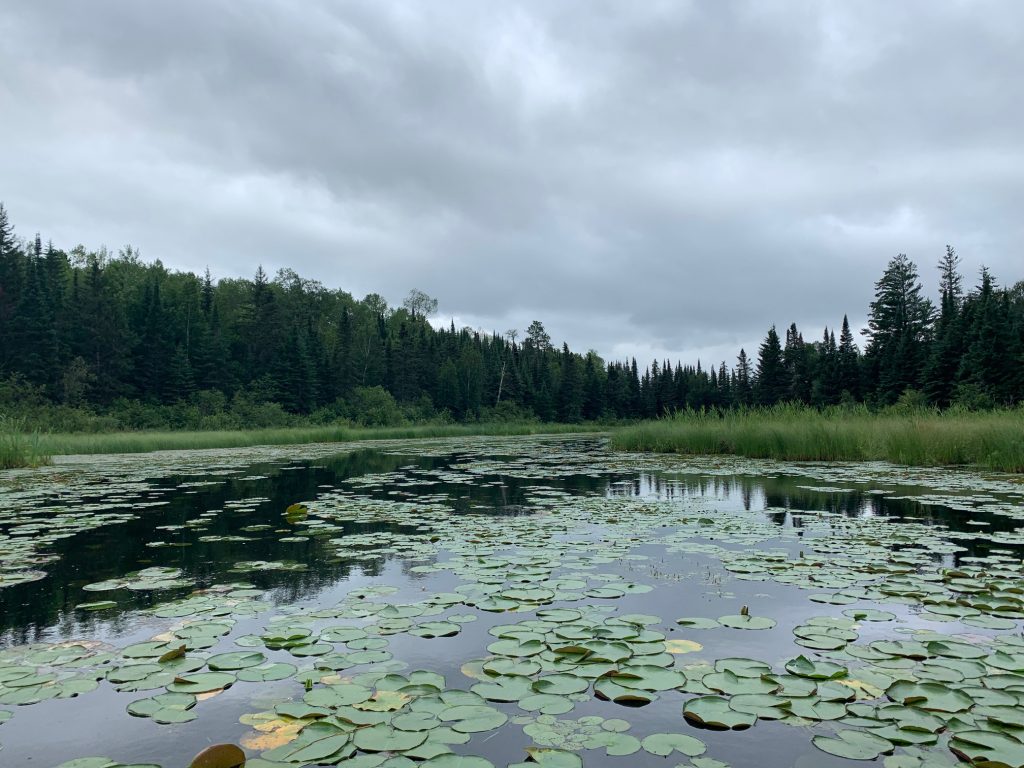 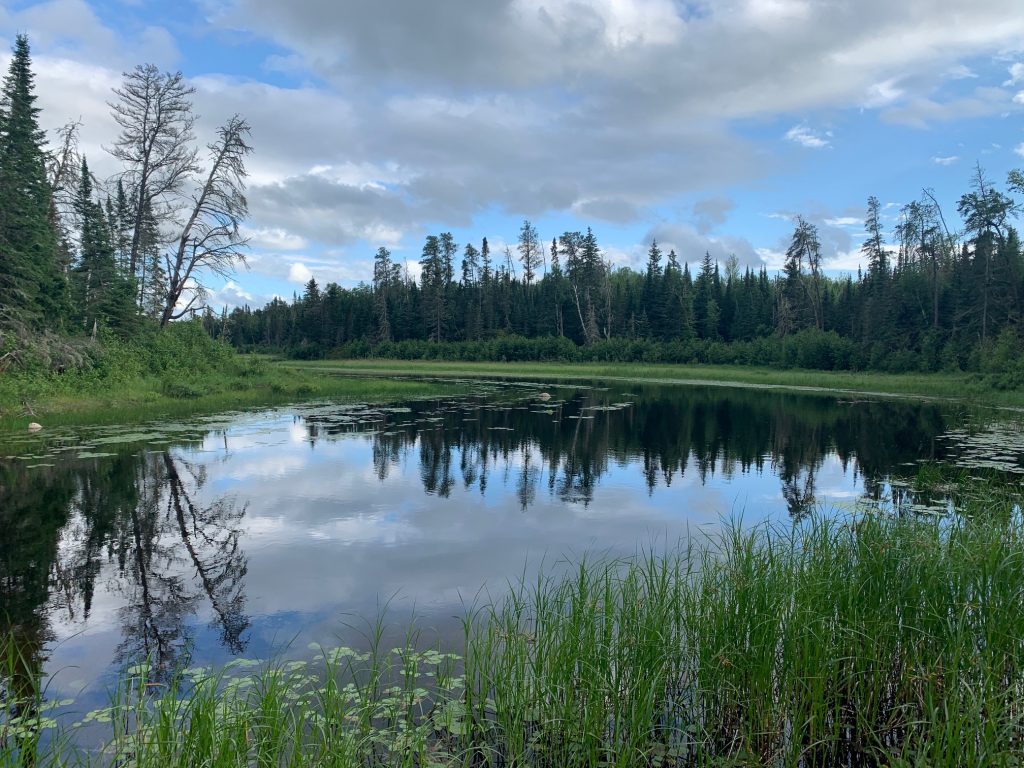