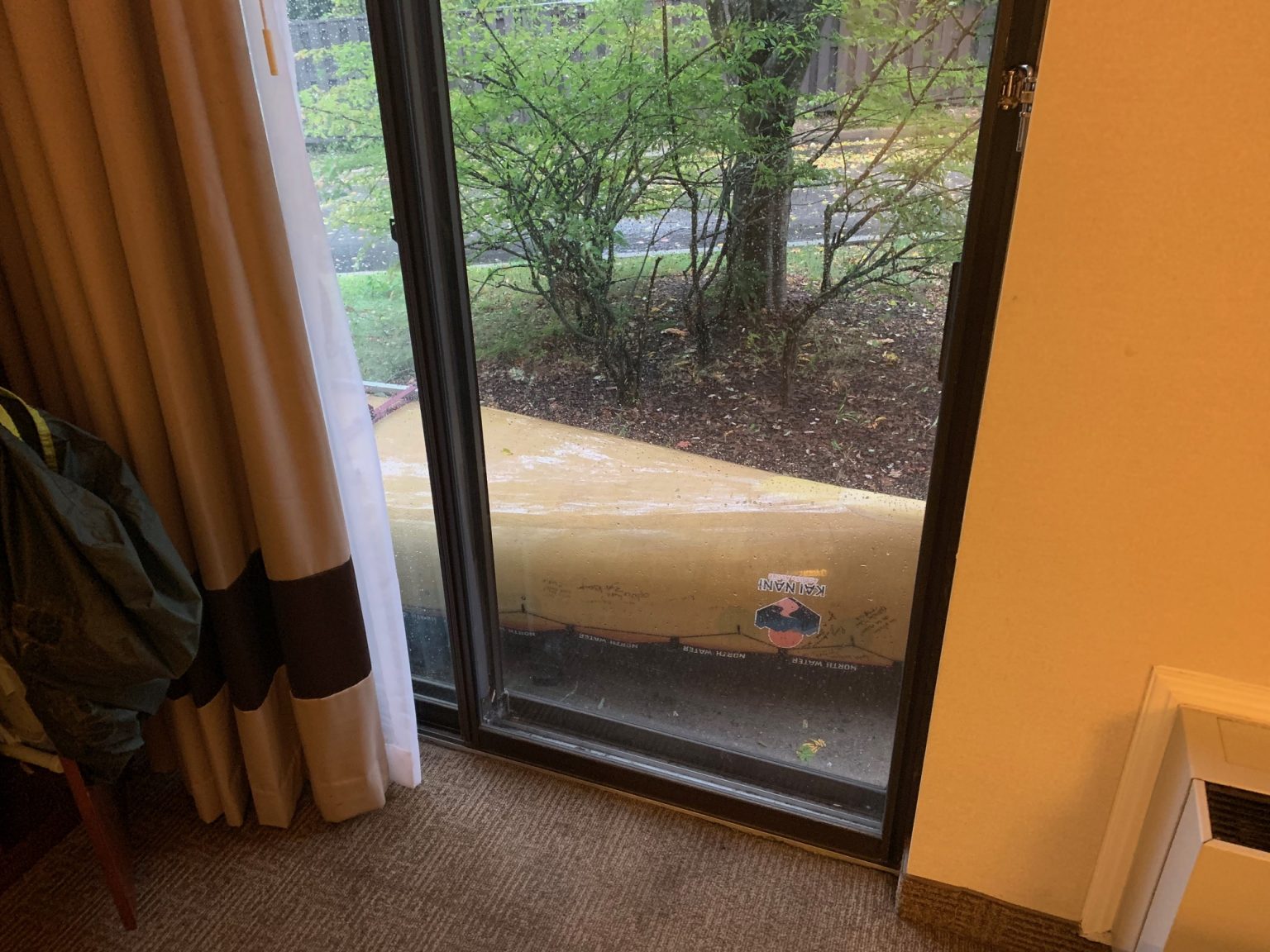 I didn’t trust Baie de Chaleur as far as I could throw it. Not as big as say, Lake Winnipeg
or even the St Lawrence Seaway, it is however, open to the Atlantic and the persistent swells that roam any ocean, as well as wide enough to create it’s own.

With the wind forecast to be against and increasing as Hurricane Fiona approached the Maritimes, paddling was going to be impossible. Portaging, however, was not.

I figured 2 days of pulling Kai Nani down the highway would land me in Bathurst one day before Fiona was due. Sadly, the forecast didn’t call for just wind, but for rain as well. Not the kind of rain that sputters from the odd cloud, but all day rain. The kind of rain that falls in sheets, driven sideways by hellacious gusts of wind that tear at your clothes and water your eyes. That kind of rain.

For once, the forecast didn’t disappoint. I portaged into a blistering headwind and sheeting rain that soaked anything exposed. The covered canoe required bailing every 45 minutes.  Cursing out the cover became a ritual  of sorts. Something to look forward to even if only to break the monotony of staring at my feet as they fell on opposite sides of the white line demarking the shoulder and counting the steps.  2 gallons of water sloshing around in the canoe signalled it was time to bail, curse, and complain only to start the whole exercise over.

8 hours later I found myself in Petit Rocher safe, sound, showered, and dry in a small motel room. Everything I owned festooned the room in an attempt to dry at least some of it. Nothing I owned was really dry. I, however, was. As was the tiny sliver of bed that wasn’t covered with gear. I slept the sleep of the dead as the rain came and went, the wind huffing and puffing against the windows and walls. The forecast for tomorrow called for much of the same, perhaps worse if Fiona sped up or changed course. The plan was simple: Sprint for Bathurst and wait out the worst of it.

Whatever my sins, penance must have been paid for I managed to make it to Bathurst with barely a drop of rain falling anywhere near me. The wind was a cold, in your face, thrashing that screamed winter is coming but I was dry. Thankfully, mercifully dry. The only real challenge of the day was trying to figure out what to put into the paperwork required to check in when asked for ‘vehicle license plate’. My broken French didn’t help as I tried to explain that I had arrived by canoe and no, canoe is not an obscure car manufacturer.

I settled into my room, Kai Nani over- turned and just outside sliding glass doors that separated me from Mother Nature. I would wait out Fiona here.