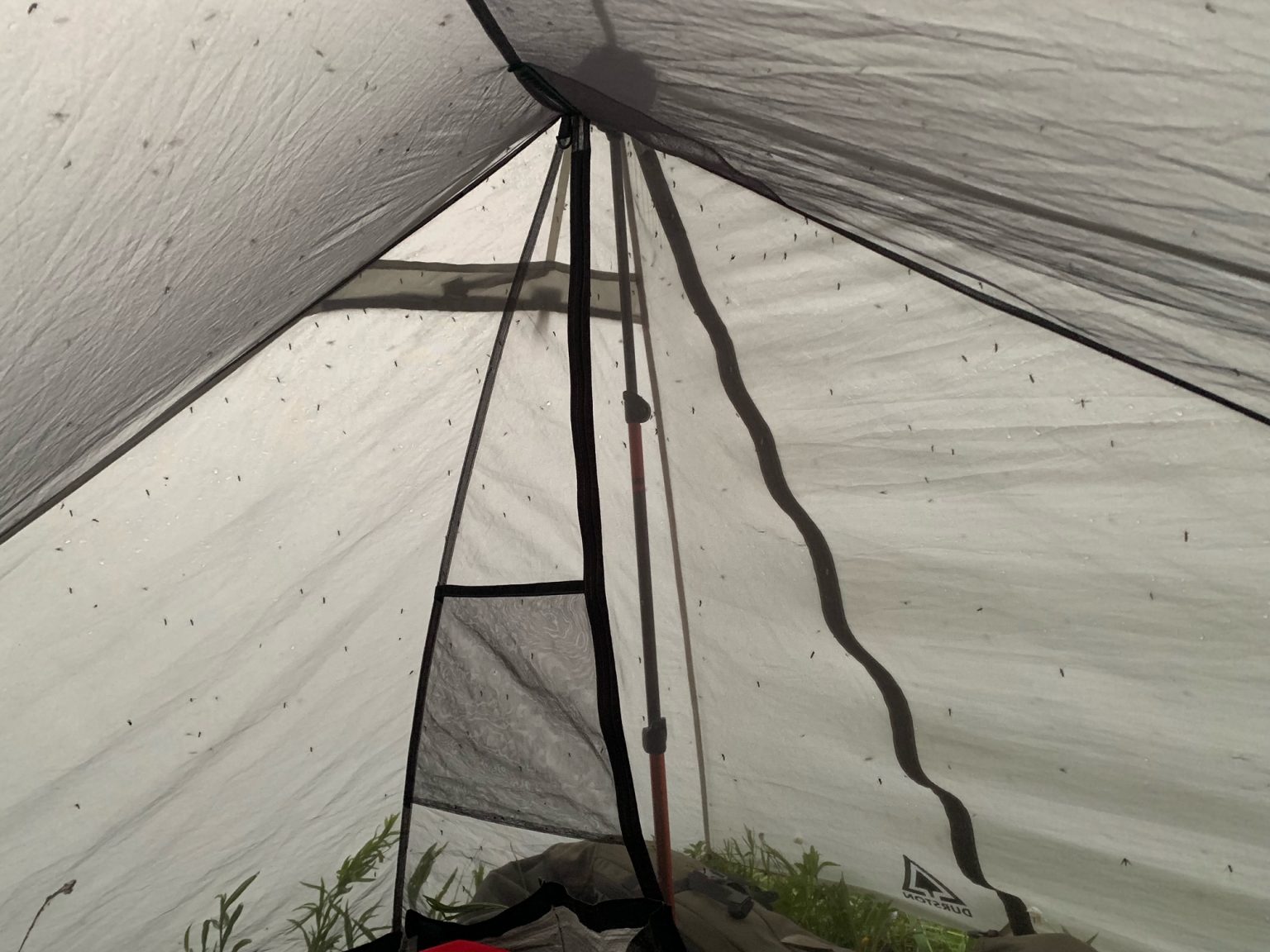 Karta is broken down on the side of the road. I noticed something wrong after walking the first 1.5km. One of the star knots securing the collapsible wheels to the frame has fallen off. Officially MIA.

I walk retrace the 1.5km back to my patch of ditch, then the 300m east on the highway, then into the bush where I stashed the canoe, and finally, in a hope-against-hope effort, a couple of hundred meters down the portage road leading back to Cedar Lake.

Nothing. My prayers to St. Anthony go unanswered and I stumble the 1.5k back to Kai Nani in the verge of tears. I’ve just added nearly 4k to a planned 15k and wasted an hour.

In desperation, I pull out my wrenches and Leatherman and try to rob a highway sign of a nut that might fit. It doesn’t.

I think maybe I can scavenge one of the locking nuts on the axle. And then I think I might have a spare. Not a star-nut spare but a spare nut for one of Karta’s bunkers. It’s not the same size, but perhaps the same thread. I grub around in the bottom of the  it’s and pieces for Karta and try it. Five minutes later, I’m practically skipping down the road. It works.

I had hoped to do the 15km in 3 hours but I am slow. Not just slow, but painfully slow. Badly dehydrated, my legs feel like lead and my hamstrings are cramping badly. The extra 4km at the start has taken its toll and I’m reduced to stopping every 20 minutes to rest. I am well and truly gassed and I’m nowhere near anything resembling lake access.

There is some solace in knowing that the trail marked on my map as High Portage does not exist. It would have been a fool’s errand to pull Karta back to Cedar Lake paddle the 15km back from whence I came and try to find High Portage from Cedar. Chalk one up for me. Sadly, the next marked trail is not a 15k walk, but 30. I’m resting every 10 minutes, head down, hands on knees.

At 12:15, exactly 6 hours after I started, I make Oscar’s Point. It’s exactly 20k from where I left and thankfully, the last 1k was downhill.

I march Karta right down to the beach, get some water from the lake and take stock.

I’m done for the day. It’s too windy to paddle and the lake is surging up the beach. I can camp here, but it’s exposed. There’s no way I’m setting up shop in grassy area behind the beach. There’s a wall of bugs just waiting for you to try. More importantly, there are some dark purple clouds boiling on the horizon to the west that look more than mean. I realize I have gotten here just in the mick of time.

As quick as I can, I stow everything under the overturned canoe and set up camp. I triple stake the corners of the tent given the gravel and stones that I’m on, get the backs in the vestibules and thank God that I’m at least dry.

I took this picture between wind bursts. Not gusts, bursts. I’ve been lying on back, one foot supporting the tent wall facing the wind and holding the trekking poles, one i each hand, to keep them from collapsing. Zoom in on the picture and you can see the mosquitoes hovering on the tent mesh.

It rained cats and dogs and blew harder than I ever want to see it blow from inside a tent again. After an hour or so, I didn’t have to hold up the tent but the rain continued off and on all night.

From bad to worse to full-on ugly. All in 24 hours. A day in my life. And, I might add, why I’m usually too tired to write.

As ugly as it was, is, it can be, the best is always around the corner. Always:,