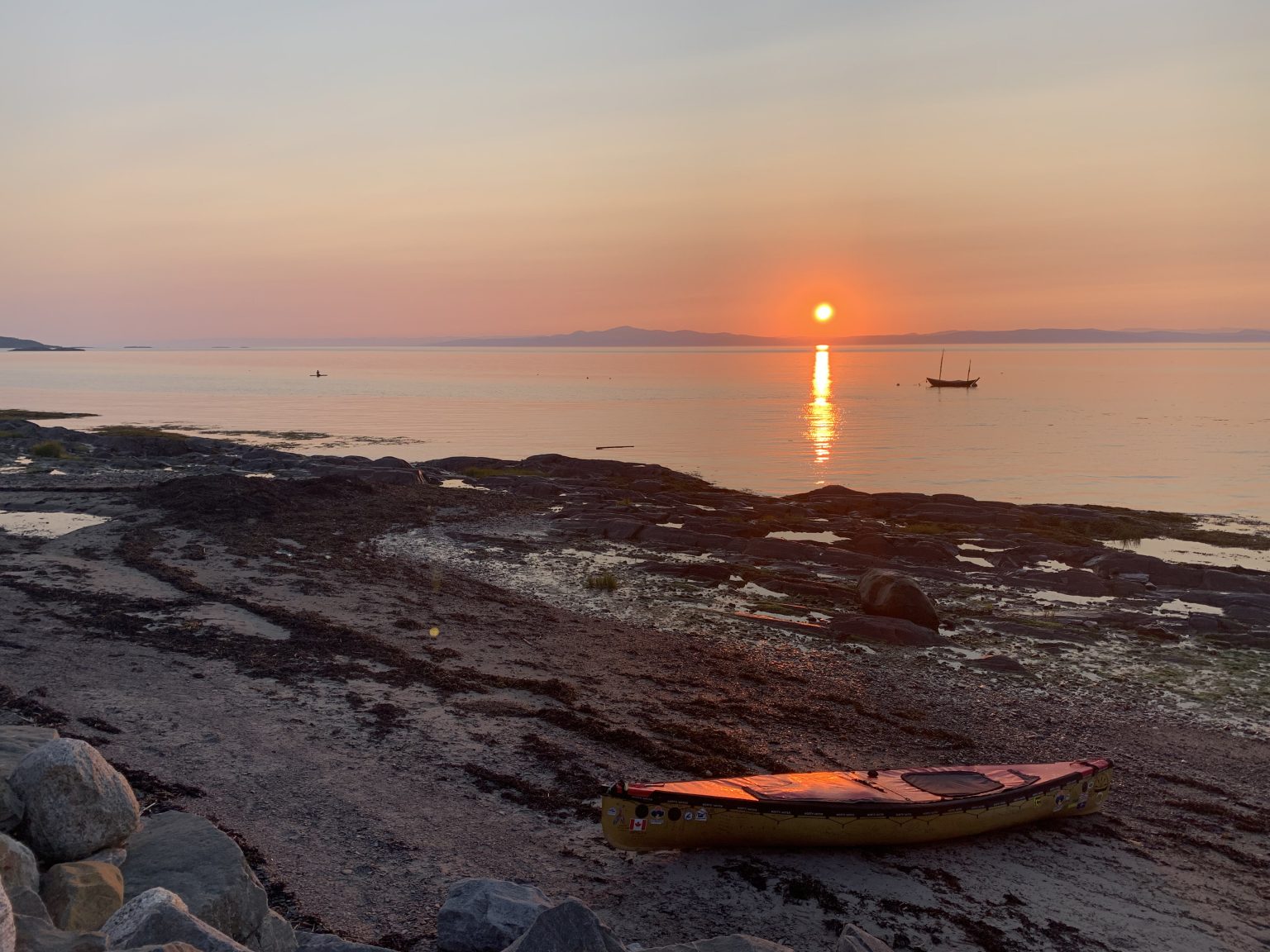 September 10, 2022
Water, water, everywhere, And all the boards did shrink.

Water, water, everywhere, Nor any drop to drink.

Coleridge’s words sprang to my lips as I spat. The water that I had scooped out of the St Lawrence was undrinkable. It was
brackish, tasting of seaweed and salt. Suddenly, just like that, seemingly at the drop of a hat, I was on the Atlantic.

Having drank the water from nearly two dozen river systems and countless lakes, the salt in my mouth came as a complete surprise. It shouldn’t have given the 16′ foot tide but dipping my water bottle over the side   had become as routine as, well, paddling. And I had, right at that moment, paddled to the Atlantic Ocean. To be precise, not quite, as the river was more estuary than ocean, but at that moment, at that place, the water was as undrinkable as any other water in any of the earth’s seven oceans.

This picture was taken after my second stint of the day in the second ebb of the day. Kai Nani is positively glowing as if to say ‘l did it’. She doesn’t talk much, that Kai Nani. I speak to her often. How are you holding up? I’m sorry about that rock. Apologies for dragging you over the rocks. I am met with silence and filled with remorse for meeting out such harsh treatment.

Her scars obvious. Mute testimony and sadly, plentiful. In my service, she has not known an easy day.

But that evening, with the sun setting gloriously in the west and she resting   uncomfortably on the rocks, salt from the Atlantic Ocean drying on her sides, she was speaking volumes. At least to me.