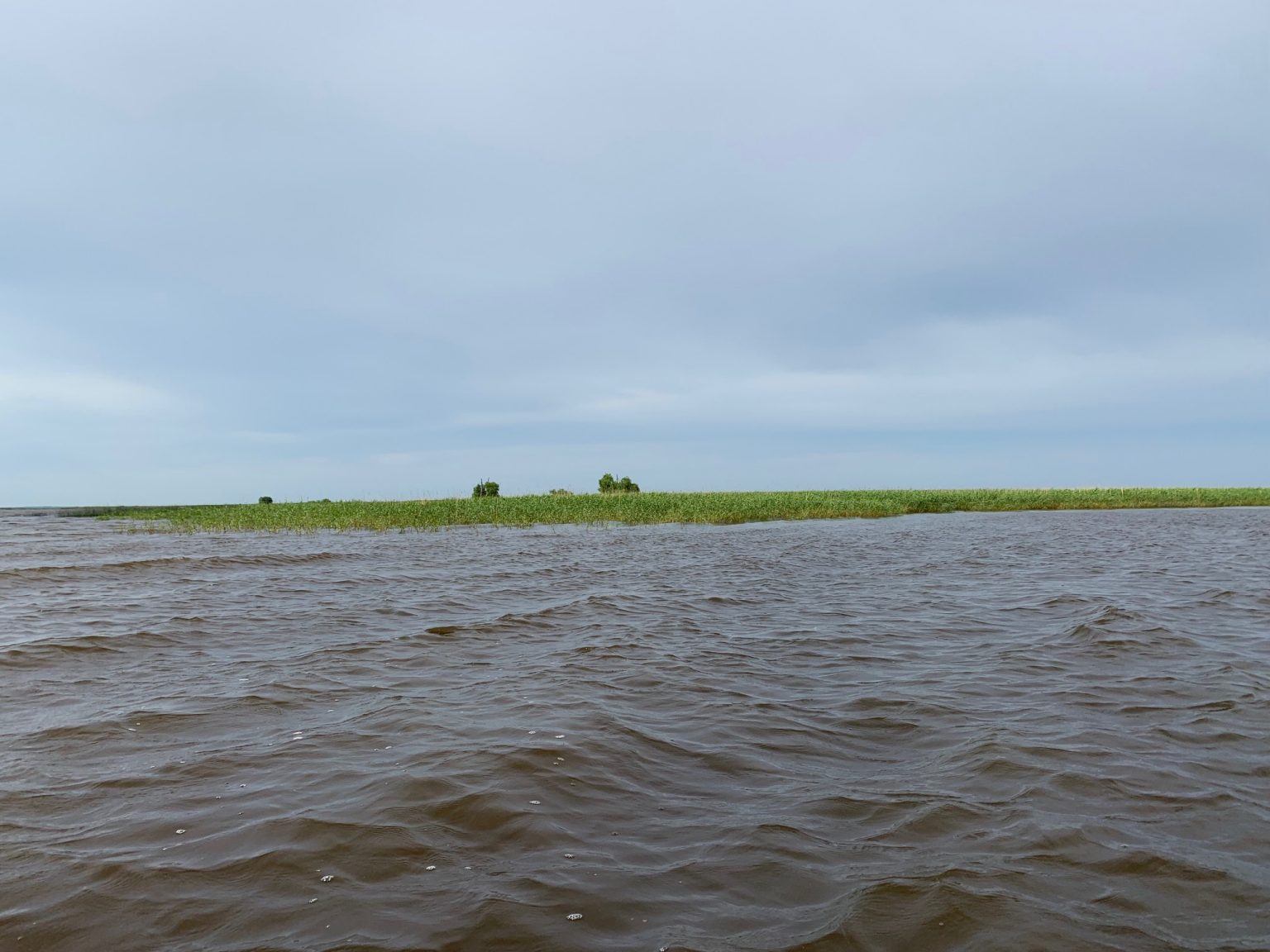 July 14, 2022
I had left early afternoon the previous day headed north into the Red River estuary. My maps showed a picnic area at Netley Creek, 4 or so hours away by canoe. 30 minutes by car.

Arriving late afternoon, I gave  very serious consideration to  continuing. Translated, that means I beat myself up for hours for stopping when conditions seemed ideal.

I was almost certain that continuing would have me spending a night in the canoe. There was nothing but marsh and swamp for at least 24km and tired and getting tireder, that’s at least 4 hours of paddling. If conditions don’t change. Part of that paddle would be on Lake Winnipeg and quickly changing conditions, night and day, are the norm, not the exception.

The forecast called for increasing southerly winds implying I might be able to sail part of tomorrow’s planned route in the lee of the south shore. I gambled on the forecast and was eventually forced into the tent by the bugs. The voice in my head kept me awake until well after midnight as I replayed my decision to gamble away perfect conditions.

By 9am the next morning I was Winndicated. That’s when you know for an absolute  certainty that you’ve made the right decision on Lake Winnipeg.

Firstly, there were exactly zero campsites in the marsh.

Secondly, sailing conditions were perfect although I had a hard time finding a spot out of the reeds and muck to land the boat and rig the sail. See number 1 above.

Thirdly, the forecast was correct. I was protected from the increasing southerly winds by the south shore of the lake.

Lastly, I wasn’t tired and instead of getting weaker as the day waned, I was getting stronger as it waxed.

Gradually turning north as I headed for the east shore of the lake, I bee-lines for a marina marked on my maps.  I made record time surfing down the swells in winds of 20 -30 km/hr. I smoked around the breakwater at Balsam Harbour just in time to see the winds increase to 40+.

I could go no further but I was well satisfied with mu progress even though it was only 11:30. In less than 5 hours, I had jumped the southern shore of Lake Winnipeg. 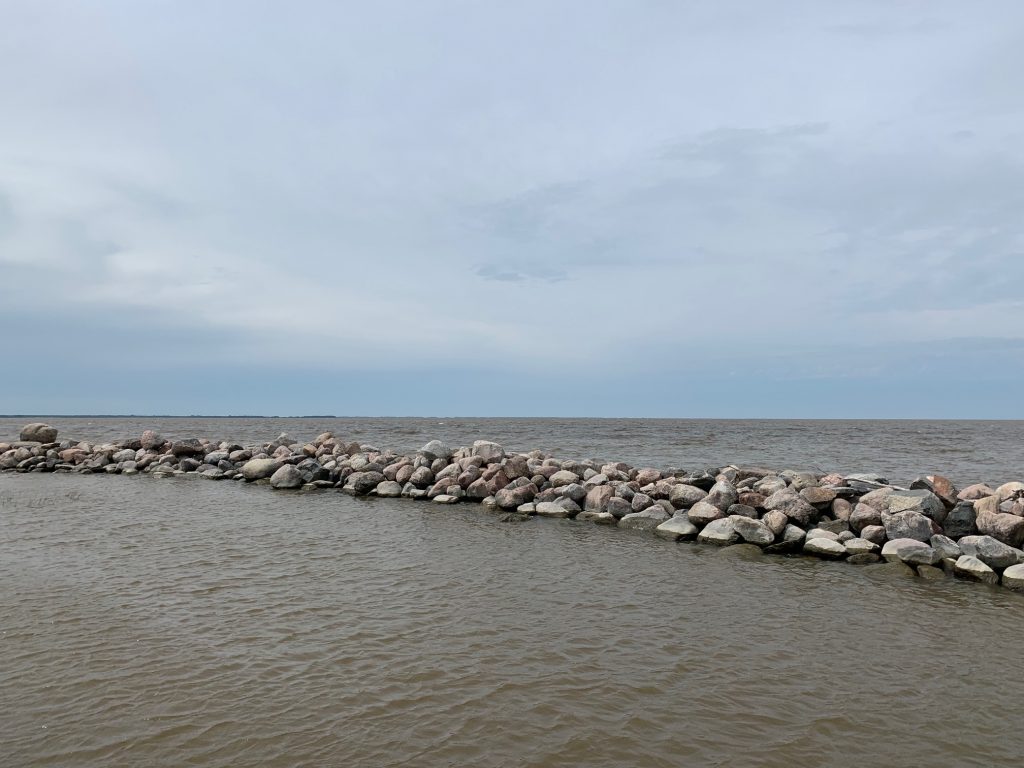